Send Your Special Someone a Valentine with the “Spider-Man: Turn Off the Dark” App!

When it began previews in November 2010, the Broadway hit musical, Spider-Man: Turn Off the Dark, was the butt of jokes on SNL and it was bashed by the critics. After closing for several months last spring for a major overhaul, the show reopened and is now the weekly highest grossing show on Broadway. Recently, ‘Turn Off the Dark’ launched an app for Android and iOS devices and added a special feature just in time for Valentine’s Day! Find out more after the break.

The Spider-Man: Turn Off the Dark App, by Mobile Roadie, lets you explore the show on the go. The app has a lot of features including production photos, video clips and now a special Valentine’s Day card maker! Using the Photocard feature of the app, you can create custom Valentine’s Day cards to share with that special someone and/or friends. There are also four basic styles to choose from. You may also use a frame where you can “kiss” Spidey in the upside-down pose, made famous in Sam Raimi’s 2002 movie, Spider-Man (which the musical takes some cues from).

You can see a few examples of the cards below. The Spider-Man Turn Off the Dark app is available for free in the App Store and the Android Market. 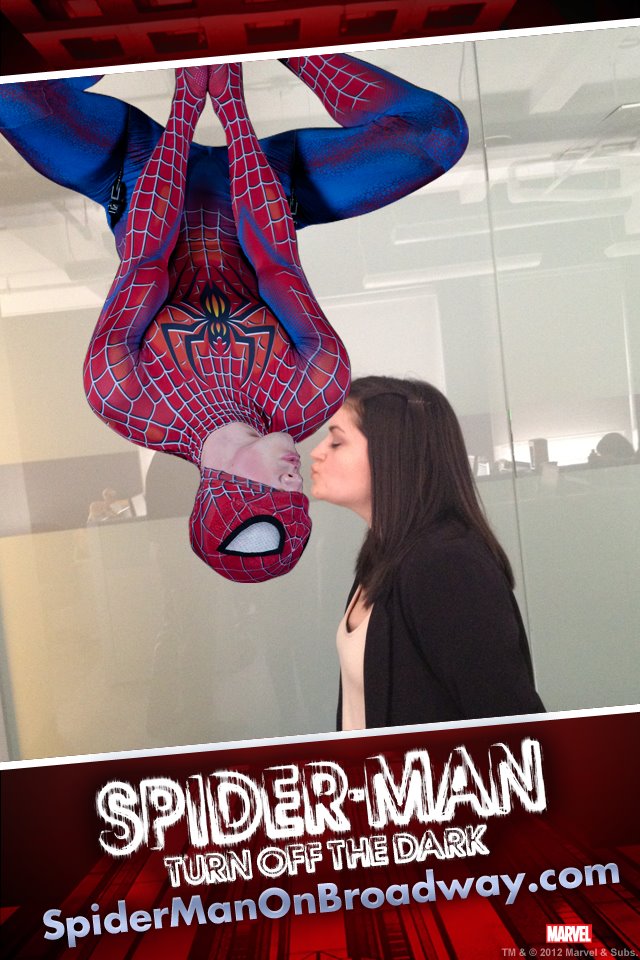 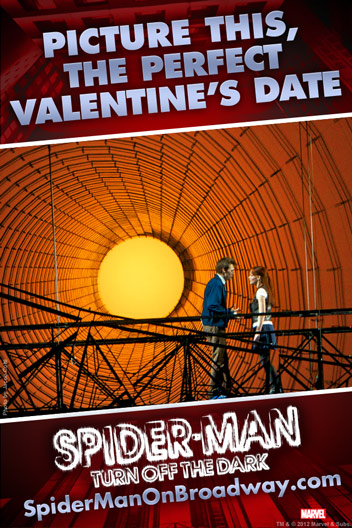 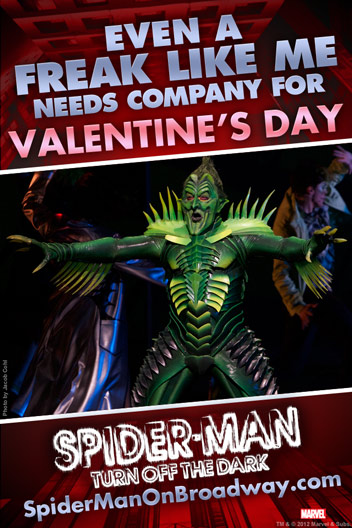 If you don’t have an iOS or Android device, don’t worry, the Spider-Man: Turn Off the Dark fan page will have the cards available so you can share them with your friends on Facebook.

Spider-Man: Turn Off the Dark is now playing on Broadway at the Foxwoods Theatre!