I know what you’re thinking: A book review on MY MovieViral? Well, this is a special book. Tales From Development Hell: The Greatest Movies Never Made? tells the story of several Hollywood films that never got made and the complicated history of ones that did. After the break, read my review of the David Hughes-written paperback, which releases its “Updated and Expanded” edition today.

Development Hell is an entertainment term used to describe the period in which a particular project is “stuck” in development. Development is part of the pre-production process, which is the stage of production before any shooting begins. Development mostly includes creating the story and screenplay, re-writing, casting, and hiring the crew (such as the Director).

Development Hell is a lot more common than you might think, as it seems to take a perfect combination of people and events to get everything together just at the right moment to finally shoot a film. Hughes’ Tales From Development Hell exemplifies this by featuring a whopping 13 projects, as well as a few of his own, while briefly mentioning the development struggles of countless other films in the process.

While many of the stories share similarities in what causes the delays, there is enough variety to keep it fresh. We get some projects that still have not been made after decades of work, like Smoke & Mirrors and Crusade, both period pieces set in the Middle East. There are also tales of the struggles to make films that were completed, like Total Recall and Lara Croft: Tomb Raider. My favorite part of the book, however, is reading the various versions of the films we know so well. 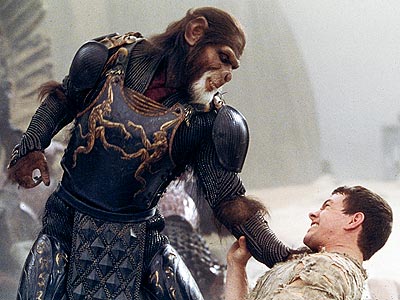 For instance, there were countless attempts to revive the Planet of the Apes franchise, and while we unfortunately got Tim Burton’s forgetful film from 2001, there were several scripts in development that actually sounded exciting. There is one Spartacus-like plot from a screenplay written in the late 80s that I would have loved to see.

There are a lot of great little facts in the book, and you can tell that Hughes certainly did his research. While the text can get a little dry at times, Hughes tries to be objective with the subject matter, which can be challenging when it’s obvious that some studio executives, and even talent, are complete idiots. Based on this book and Kevin Smith’s Superman story, Jon Peters should have a book about how he is the worst producer in the history of Hollywood.

While the book is very informative and even entertaining for movie buffs like myself, I did have a few challenges while reading it. I wish Hughes would have been a bit opinionated at times to make the reading more lively. Also, the development stories are so complex that it can be hard to follow, but I’m not sure what could be done about that. Having IMDB open actually helps a lot, especially since Hughes doesn’t give enough dates to put things in the proper perspective.

Overall the book left me with a mixed feeling about Hollywood. It’s depressing to see how easily a good idea or screenplay can be butchered with idiotic executives and massive amounts of re-writes, not to mention the years and decades sometimes put into these projects where the writers get little-to-no pay. However, there’s always a silver lining, since in Hollywood, everything old can be new again, and there are obviously plenty of stories to tell.

book reviewTales From Development Hell: The Greatest Movies Never Made?