SNL veteran, ISIS Agent, and prisoner of Subergatory (don’t mean that in a negative way), Chris Parnell is the jack of all trades comedy. In our exclusive interview, the actor talks about how he got the role in the new Nicholas Stoller movie, The Five-Year Engagement, how he balances the many roles on tv and in film, and gives us some updates on shows like Archer, 30 Rock, and Subergatory. So if you are a fan of Parnell, or a fan of any (or all) the three shows, then you want to hit the jump.

So how exactly did you get this role?

They asked me to do a table read for it quite a while ago and the fun thing about doing table reads is that you get to play the part that they are actually considering you for, in this case is the part of Bill and you get to play a few other roles, and having done the whole SNL thing where you do these table reads every Wednesday, you get pretty descent at it. Yeah, I think they liked what I did at the table read, they invited me back for another table read and offered me the part. So it was kind of fantastic. I feel like I always do better in that enviroment, than if I have to d a straight forward audition.

How many takes did it take to get the cake scene right?

It was a few, it was a few. Yeah we ate a lot of cake that day, we were all feeling a little gross afterwards. It was very good cake, but it was just so much fat you know it was just so rich.

When asked about how Parnell manages how he balances all the TV, movie, and commercial ads, he said that all of it was spread out. But did talk about Suberagtory.

I am hoping we will get a second season pick up for Subergatory. And if and when that happens, production will be much tighter you know. It will be a regular weekly job. Which I love, and I am counting on it getting picked up because it is so much fun to do. But you know, most of the time things are spread out. And I like it, in a given week, even if it is not a Subergatory, if its something to do everyday maybe it’s a voiceover here, or it’s a this there you know, its nice, I like to work. 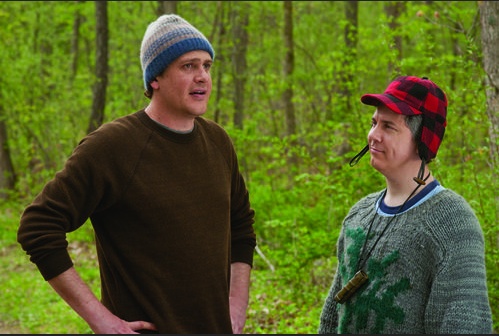 Do you know anything about Archer season four?

You know, I do not know a single thing because Adam, Adam Reed, never gives us any kind of a glimpse of what its going to be because until he really sits down to figure out and write it, I don’t know to what extent he knows. Some times he’ll say Cyrill needs to maybe go in this direction or you know he kinda hinted Cyrill might become an agent like in this last season. But yeah, I don’t think he’s letting me in on anything for season for, I wish I knew. I would love it if we stayed out in space more, but we’ve already returned from space.

Have you heard anything about Anchorman 2?
Only what I have heard from the press. Will brought it up as something that was going to happen, and I think its a great idea. I think they should absolutely do it. And we’ll see if I am a part of it, I am keeping my fingers crossed. But it all depends on what story they want to tell. It may not make sense for me to get in there. But we’ll see what they want to do.”

To hear more of this interview including what he hopes to see in the next season of 30 Rock, click on the player below. 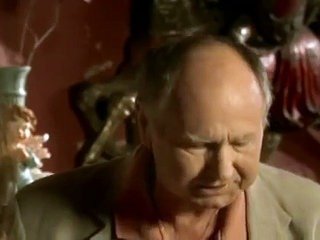