Movie Review: “The Avengers” Is Not The Superhero Movie We Deserve, But The One We Need

For most, Marvel’s The Avengers is the most anticipated movie of the year. The superhero team-up from Walt Disney Studios kicks off the Summer Blockbuster Season this Friday, and it does so with a bang. Read my full review after the break.

In 2004, Marvel Studios was restructured by the legendary comic book company Marvel Entertainment to develop and produce films based on their properties. After obtaining the rights to many of their more popular properties (excluding X-Men, Fantastic Four, and Spider-Man), they set out to make the ultimate superhero team-up movie in The Avengers, based on the comic book series of the same name. Marvel Studios made individual films to introduce the four main members of the team with Iron Man & Iron Man 2, The Incredible Hulk, Thor, and Captain America: The First Avenger. Other characters were also introduced in these films to crossover into The Avengers, and all the movies together make the Marvel Cinematic Universe.

Thor’s brother Loki is back from the abyss as he looks to use the Cosmic Cube (featured in Captain America) to help him take over Earth with an alien army. The Strategic Homeland Intervention, Enforcement and Logistics Division (S.H.I.E.L.D.) is helpless against Loki, even with the skills of director Nick Fury (Samuel L. Jackson), Clint Barton/Hawkeye (Jeremy Renner), Agent Coulson (Clark Gregg), Agent Maria Hill (Cobie Smulders), and Natasha Romanoff/Black Widow (Scarlett Johannson). That’s where the Avengers come in. 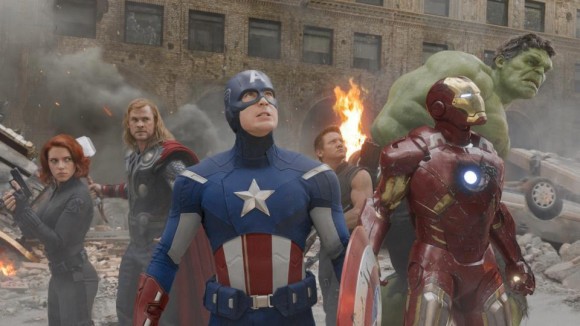 I don’t want to go too much into the film’s plot itself, since the trailers and clips released are already doing a fine job spoiling much of the movie. However, I will say that the story unfolds itself naturally, and pacing never seems to be an issue. Avengers is action-packed, whether the Avengers are fighting amongst themselves, or fighting Loki and (eventually) his alien army. In fact, the Hulk steals the show in the climactic battle sequence in multiple ways. Any concerns of this film not feeling “epic” enough are quickly squashed.

Probably the best part of The Avengers are the characters, and Writer/Director Joss Whedon finds a way to make sure that none of the Avengers, including Hawkeye and Black Widow, fall by the wayside. Each one plays a pivotal role in the story’s development, and the actors truly embody their characters, sometimes more so than they did in their own movies. Mark Ruffalo takes over for Edward Norton as Bruce Banner, playing him with a zen-like attitude someone in his position would need to have. I also think it was a genius idea to finally have the actor playing Banner also do the motion capture for Hulk himself, as it makes Hulk a real character for the first time on the big screen.

What most fans want to see is how the members of the Avengers interact, and Whedon writes some great stuff in that regard. Sometimes it’s just a line here or there, other times it’s banter or arguing, but no matter what, the dialogue is clever and true to character. There are some interesting relationships to flush out, like between Iron Man/Tony Stark (Robert Downey Jr.) and Captain America/Steve Rogers (Chris Evans). Stark’s father had a great relationship with Rogers, as shown in Captain America: The First Avenger, and Stark obviously envies that, considering his father was rather cold to him (as shown in his own films). Stark uses those feelings and attaches himself to the equally-intelligent Banner. These kind of complex relationships and interactions are mostly implied or otherwise lightly touched on, but each moment conveys so much. 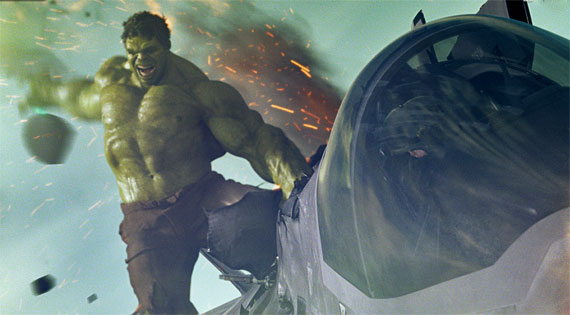 Coming out of premiere, one of the words I heard someone use to describe this film was “dense”, which I think hits the nail on the head. There’s so much depth to The Avengers, that I’ll have to see it three or four times before I can truly feel I experienced it completely. The film leaves plenty of room for a sequel (duh), and I can’t wait to see what Marvel does next.

Final Word: I know this will be a controversial statement, I’d have to say that The Avengers is the best superhero movie yet. The Dark Knight probably tops most people’s lists (including mine until now), but I almost don’t consider that to be a superhero film. It is more of an action crime thriller, steeped in dark, gritty realism. While The Dark Knight might be the better “film”, especially considering Christopher Nolan’s amazing direction, when I think of “Superhero Movies”, The Avengers tops my list hands down.