In 2009, comedian Paul Scheer created a site called Damon, Carlton and a Polar Bear, where he would post artwork based on the show LOST. It started out as a joke but it eventually grew into a huge phenomenon and soon exclusive pieces of art by Olly Moss, Tyler Stout, Eric Tan and more started to show up. A few months ago, Paul started BreakingGifs, a site dedicated to AMC’s hit, Breaking Bad, where Paul would post gif files related to the show. The site’s format changed and is now the start of a viral campaign promoting the upcoming final season of Breaking Bad. Find out more after the jump.

BreakingGifs.com is now curated and run by Tyson Givens and Gallery 1988 and each week, the site will feature a new piece of Breaking Bad themed artwork by well-known and up and coming artists. This all started a couple of weeks ago when Paul Scheer posted a video (below), teasing something big that will happen on May 10th. The video also features a cameo by Breaking Bad creator Vince Gillian.

Recently, the site changed to look like the Periodic Table of Elements. The first four question marks unveil a tweet that mentions an event happening at Irving Plaza in New York City, tonight at 9 PM EST. 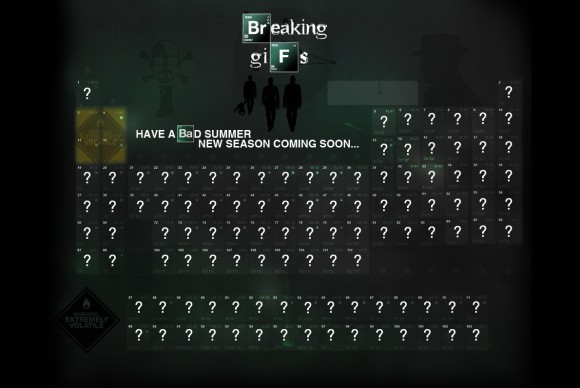 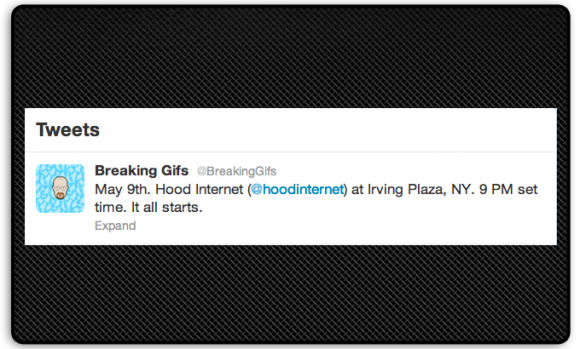 This event will likely lead attendees to the first piece of art. But fear not if you can’t make it, there will be more chances to get an art piece, and not every clue will be a physical location. A lot of them will be online. So all you have to do is keep an eye on BreakingGifs and follow them on Twitter, @BreakingGifs to play along.

The final season of Breaking Bad will premiere this summer on AMC!