Swing into Action with “The Amazing Spider-Man” Augmented Reality App!

Coinciding with the release of the the new trailer launch for The Amazing Spider-Man, Sony Pictures Entertainment has launched a free mobile application, The Amazing Spider-Man Augmented Reality App! The application allows fans to get up close and personal with Spider-Man in online and real world environments by finding specially marked movie-themed images and scanning them to activate interactive, 3D Spider-Man animations. More after the jump!

The app features footage from a special shoot with the film’s stunt team. The footage was used to create exclusive Spider-Man animation sequences in which Spider-Man swings through buildings, crawls up walls, shoots webbing at the screen, or engages bad guys on the streets. When the virtual Spider-Man appears on their phones, users can take photos and share them within their networks. Each photo experience will be unique to the user, and fans can share multiple photos from each interaction. 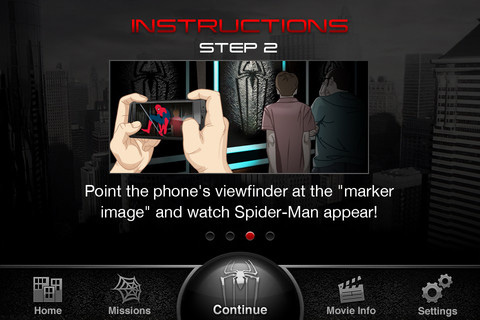 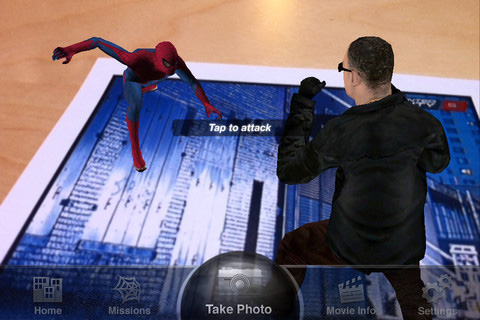 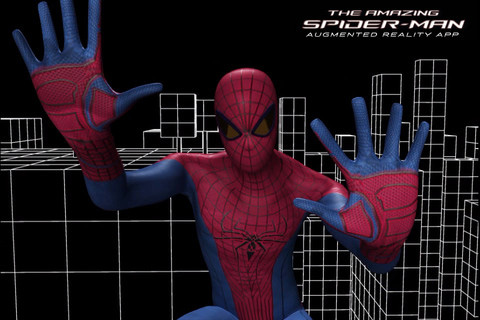 To activate the animation sequences within the app, users can find out the locations for special marker images on the film’s official website and social network pages on Facebook, Twitter, Tumblr and more. Sony Stores, Activision, and Entertainment Weekly will also offer marker images. As a bonus, a frame within the new trailer, when scanned, will also reveal one of the Spider-Man animations on the user’s mobile device. Each new image activates one of 13 achievement badges that users can share on Facebook and Twitter.

“Many of today’s moviegoers are digital natives on the go, and our app allows us to engage them. Our use of augmented reality technology is a fun way of embracing the 3D aspects of the movie while nurturing the playful kid inside all of us who wants to collect items from their favorite superhero character to share with their friends and family.”