If you missed out on all the fun of the scavenger hunt, then you are in luck. The Amazing Spider-Man viral campaign swings into full gear online as you become an Oscorp intern and work in their virtual lab. Get the details after the break.

The before-mentioned scavenger hunt brought us to the Animal Dynamics Lab portion of Oscorp Industries’ website. Of course, Oscorp and the Osborn family are notorious part of the Spider-Man mythology, and the head of the ADL is Dr. Curt Conners (played by Rhys Ifans), who find out turns into The Lizard. The ADL site is now open, so it’s time to get to work. Here’s how the page explains what you’ll be doing as an Oscorp Intern:

WELCOME TO THE VIRTUAL LAB
Your Oscorp workstation is now online.

Here, you will master the fundamentals of genetics, chemical reactions, and bioengineering under the strict tutelage of Dr. Curtis Connors. His name is almost as legendary as his work… and his work is revolutionary. Your efforts in the animal dynamics lab are crucial to the success of Dr. Connors’ latest initiative.

There are three sections that you will work on, Chemical Bonding, Molecular Nesting, and Genome Repair. The first section, Chemical Bonding, is an 8 level puzzle that is actually pretty tricky. The goal is to make a connection between two carbon atoms with other hexagonal elements that share a color on the side you connect. When you complete the first four levels, you get access to a congratulatory video from Dr. Connors himself. I haven’t been able to get pass the 6th level (though I’ve been really close), but our friends at Unfiction are always on top of these things and have found the other five hidden links.

The /araneae page is just Dr. Connors with a vague sciency warning, but //covalence and /foundations have images of DNA code and a close-up of a spider. The last two links relate directly with Peter Parker’s now-deceased father, Dr. Richard Parker. The subpage /externalvalidity has a newspaper clipping featuring an image of Richard and Dr. Connor, and /dependentvariable has a letter from Peter’s mother Mary to Richard congratulating him on some kind of promotion within Oscorp. See all the images below. 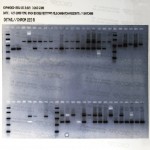 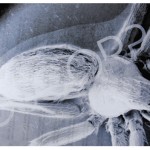 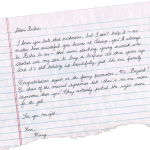 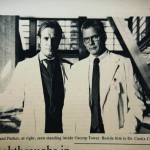 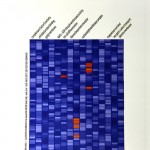 This ARG gets right into the thick of things, since a big part of the film’s storyline revolved around Peter finding out the truth about his father’s work and his parents’ deaths. We should know more as the other two sections of the ADL are opened, so stay tuned.

To follow our entire coverage of this viral campaign, check out our The Amazing Spider-Man Hub, and catch the film in theaters on July 3rd.