AT&T is pulling out all the stops with a new campaign centered around a web series titled Daybreak. Then action-packed five-part series showcases some of their current products, including the HTC One X, Samsung Galaxy Tab, and various softwares. There’s even an ARG component that looks to be pretty in-depth. Get the details after the jump.

The series was developed in association with BBDO and TV producer Tim Kring, who is most notable for creating the television shows Crossing Jordan, Heroes, and Touch. The series stars Ryan Eggold as Ben, an average joe who gets into trouble when people start looking for information on his late father’s work. There’s plenty of character actors you might recognize from television, and it looks to have a high production quality. Watch the first webisode below.

As you can see, there’s plenty of product placement, but it’s not as blatant as I would have thought. The official website, DayBreak2012.com, is very well designed. It’s interface is a seamless landscape that you scroll up to the sky or down below the ground to navigate. The site explains the premise a little more: “As science fiction legend Arthur C. Clarke once wrote, any sufficiently advanced technology is indistinguishable from magic. Brought to you through various media and technologies, Daybreak is an interactive story about the magic of technology and its power to transform our lives and aid us in reaching our highest potential.” If you’re not the active type, but still enjoyed the first episode, you can just wait until each Thursday to catch new episodes. 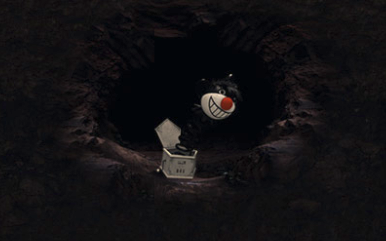 However, if you are looking for a much deeper experience, just scroll to the bottom of the page. You’ll find a jack-in-the-box that links you to a site called JackBoxers.com, which is where the ARG experience begin. Both the Daybreak site and JackBoxers provide a link to the free Jack Boxer App through iTunes or Google Play. The website and the app work together to create an immersive experience that goes beyond the web series. I’ll admit that although the game has just started, I’m already a bit overwhelmed by the experience. So, I recommend checking out the Unfiction Forum to get a decent rundown.

If there is enough interest, we might bring on a guest contributor to explain the game more for those looking to catch up. Let us know in the comments below what you think about the series and the ARG.