Read About the Dent Act From “The Dark Knight Rises”

The Dent Act plays a key role in the plot to The Dark Knight Rises, Christopher Nolan’s finale to his Dark Knight Trilogy. Named in honor of slain political hero Harvey Dent, the bill punishes criminals more harshly, including denying parole, if their acts are deemed part of a larger criminal enterprise. ComicBookMovie.com got their hands on a copy of a letter from Mayor Garcia (played by Nestor Carbonell) announcing his signing of the bill and announcing that a Harvey Dent Day will also be introduced. Read the letter after the break. 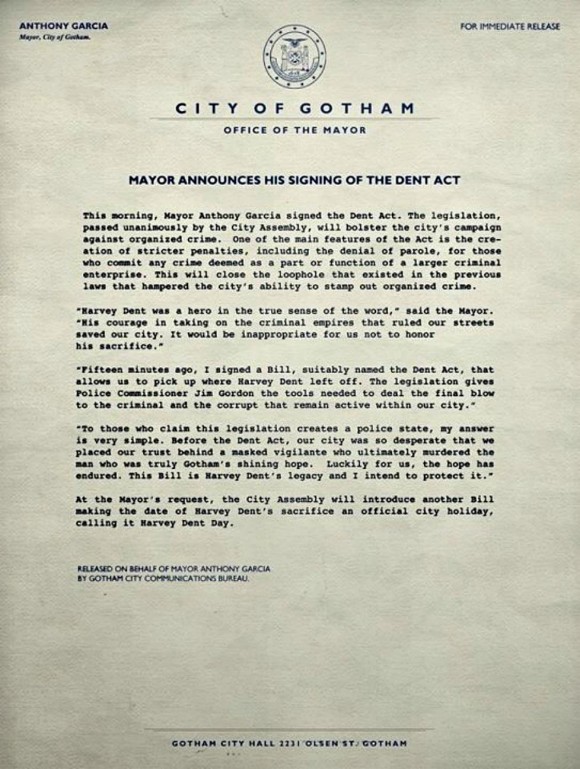 While we can’t find the source of the letter, but CBM claims it is part of their partnership with Mountain Dew. Let us know what you think of the letter in the comments below.