We at MovieViral know our viral videos pretty well, so we decided to share our knowledge to those looking to expand their Internet horizons. YouTube Tuesday is a weekly feature where we shine the spotlight on our favorite YouTube channels related to movies and television. We focus on channels that provide new videos on a regular basis, especially ones that we feel need more exposure. This week we are featuring the Fine Bros, who do a bit of everything.

With around 1.5 million subscribers and 300 million video views, it’s hard to imagine anyone not knowing the brothers Benny and Rafi Fine. While the brothers have done many projects both on and off their channel, their most successful series to date is “Kids React”, where they show kids viral videos, movie trailers, and other trends to get their reactions. They’ve even spun off “Teens React” and “Elders React” due to the format’s success. Along with various skits they act and direct in on their channel, they also run the MyMusic series and the HeyItsMilly channel, featuring a foul-mouthed little girl puppet. Check out their “Kids React to The Avengers” below. 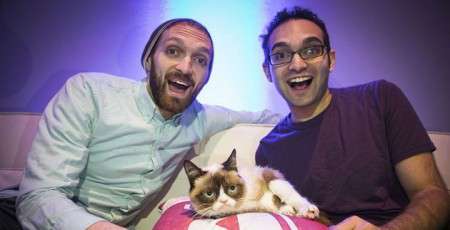