San Diego Comic-Con 2012 is just a week away, so we at MovieViral are getting bombarded with news, press releases, and more. After the break, check out some of the Comic-Con news we’ve gotten so far that you’ll want to know if you’re going to the convention.

Now, as the ultimate curator of the fan experience, Rob Zombie will take over San Diego’s Petco Park to ring in Comic-Con as host of the first-ever official Comic-Con Opening Night Attendee Welcome Party, “Dawn of the Con,” on Thursday, July 12, 5:30 – 11PM PT. Presented by VH1, “Dawn of the Con” promises a night full of fantasy, science fiction, monsters and heavy metal for all Comic-Con attendees. Additionally, partygoers will get a sneak peek of his new remix album Mondo Sex Head. 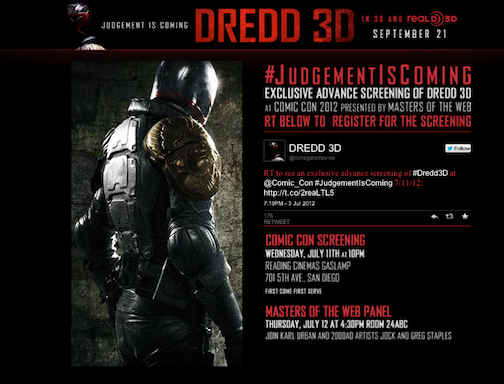 The Art of Frankenweenie Exhibition

On Preview Night (Wednesday), Disney booth #3635 will be hosting a public viewing of “The Art of Frankenweenie Exhibition” from 8PM-9PM. This will be part of Disney’s international exhibit tour for Tim Burton’s Frankenweenie, which you can read more about at Coming Soon.

Taking a page from the success they have seen to date online, Yahoo! will transform a 2000 square foot Comic-Con space into MOVIELAND, so attendees can experience a life-size interactive game board with movie-related content (trivia, quizzes, etc.) customized to some of the summer’s biggest movies, including ParaNorman, Total Recall and The Expendables 2. Highlights from the experience will include: actual movie props, augmented reality photo booths, special visits from actors throughout the week including Christopher Mintz-Plasse (ParaNorman, How to Train Your Dragon, Superbad), and chances to win exclusive on-site prizes, including movie tickets. Sean Phillips, head of movies at Yahoo!, will also be onsite to discuss the latest and greatest from the conference and the summer movie phenomenon. 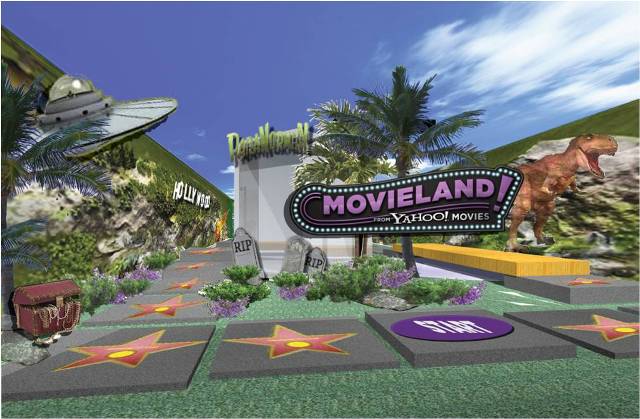 Throughout the weekend, Yahoo! Movies will also be providing premium and exclusive content daily from on-the-ground at Comic-Con with two new original video programs, “Hello From Comic-Con” and “Comic Connoisseurs.” “Hello From Comic-Con” is hosted by Diane Mizota and Marc Istook and will include five episodes of daily news reports, including interviews with celebrities and talent to breaking news on everything Comic-Con-related. “Comic Connoisseurs” is a long-form interview series featuring A-list fan-favorite movie stars shot at the MOVIELAND location. Yahoo! Movies will also highlight the latest news with photo galleries, exclusive first looks and unique coverage of both the top talent and the wildest fans.

The MOVIELAND space is across the street from Comic-Con (located at 520 5th Avenue) and will be completely open to the public; festival passes are not required. Talent will make appearances there on Friday the 13th, and there will be a photo opportunity with characters from the film.

Comedy Central returns to Comic-Con with a Workaholics panel on Thursday, July 12 from 6:30-7:30PM. Beforehand, check out the autograph signing from 4:30-5:30 p.m. at table AA04 in the Salis Pavillion (2nd level of the Convention Center). Then get ready to party with the guys at the Workaholics Happy Hour Event (first come, first served) taking place at the Hard Rock Hotel’s rooftop bar FLOAT from 2:00-5:00 p.m. on Friday, July 13.

CLICK HERE TO PROCEED TO PAGE 2 OF OUR COMIC-CON NEWS ROUND-UP!!