Editor’s Note: This article is an altered version of a previous article we posted today. It has been re-posted to remove content claimed to be copyright protected by Disney.

Our friend Anton Volkov is always on top of it when it comes to viral marketing and hidden content. He notified me of The Avengers Initiative: A Marvel Second Screen Experience, a new free iOS app for iPhone/iPad, which includes a section for the Marvel short film Item 47. Check it out after the jump.

Beginning with Thor, Marvel Studios has made short films to go on the the Blu-ray releases of their films in the Marvel Cinematic Universe. These “Marvel One-Shots” are cute, but not too in-depth. Marvel is looking to go a little bigger with “Item 47”, which will be included on The Avengers Blu-ray. In it, Lizzy Caplan and Jesse Bradford play a couple who find one of the Chitauri guns after the battle in The Avengers. Below is a description from Marvel Studios co-president Louis D’Esposito.

The world is topsy-turvy now. There’s been an alien invasion, and things are crazy. So when this gun ­literally fell into their lap, this is a sign: We’re going to rob a few banks, we’re going to buy a boat, we’re going to the Caribbean, and all our problems will be solved. 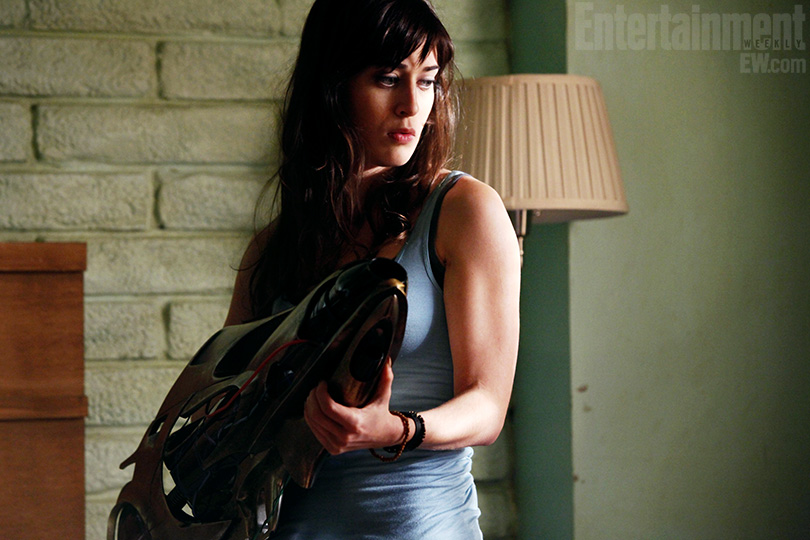 The Avengers Initiative app is a S.H.I.E.L.D. database with various file folders. Access is currently denied to “Comic Book Origins”, “Sync”, “Avengers Initiative Timeline”. However, the “S.H.I.E.L.D. Personnel Files” folder has some nice interactive profiles on Steve Rogers (Captain America) and Natasha Romanoff (Black Widow), with more to come. The “Bonus” folder has some cool VFX compilations, but the classified “Item 47” folder is where the fun really begins.

Inside the folder is a puzzle, which is a map of part of San Diego with the S.H.I.E.L.D. logo watermark. When you put the puzzle together, you get the countdown, which ends on Friday July 13th at 7:00 PM. One can only assume that there will some kind of event to correlate with San Diego Comic-Con. While we at MovieViral have more information related to this, we are not at liberty to divulge anything due to the previously mentioned Editor’s Note.

So, if you’re going to San Diego Comic-Con or live in the area, you’ll want to get this App to find out the details on this Item 47 countdown. We’ll be covering the convention on location, so we’ll try to attend whatever this event will be. If you find any more cool stuff in the App, let us know!