The marketing machine for it has been in high gear for the last few weeks, but I still find it surreal that The Dark Knight Rises is only two weeks away from release. Fans can expect plenty of attention given to the final chapter of Christopher Nolan’s trilogy from everywhere they look, which now includes the world of apps with Gotham City’s Most Wanted. Hit the jump to learn more about the app and how you can don Batman’s cowl, Bane’s mask, and Catwoman’s ears.

Thanks to Batman-News.com for the heads up, the Gotham City’s Most Wanted app is exclusive to iOS-run devices, so those with iPhones and iPads can seamlessly download it from iTunes. Fear not though Android users, you can still experience everything the app offers by visiting gothamcitysmostwanted.com. 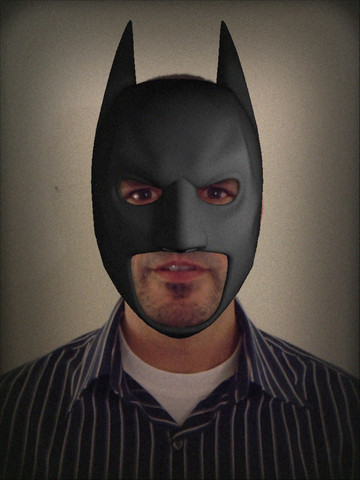 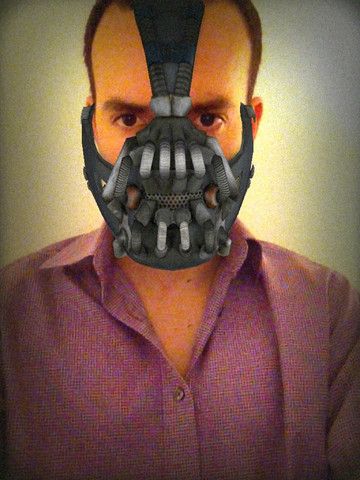 The gist of the app is that it uses your device’s camera to project a 3D image of the character’s mask you choose onto your face. Having done it a couple times myself, it looks pretty realistic. When you’re happy with your selection, you can post it to your desired social network to share with other fans. Here’s a description of the app from Apple:

“Step into the world of THE DARK KNIGHT RISES by becoming one of Gotham City’s Most Wanted. Using your iPhone camera, project a 3D Batman, Bane or Catwoman mask onto your face and share your creation via Facebook, Twitter, email or share to The Dark Knight Rises Worldwide Fan Activity Map. See THE DARK KNIGHT RISES in theaters and IMAX Friday, July 20.”

Do you want to become one of Gotham City’s most wanted? Post your pictures in the comments below!