We’ve seen almost nothing from the 2013 Robocop remake that stars Gary Oldman, Samuel L. Jackson, and Joel Kinnaman as the title character. Fortunately, MGM is changing that with a new viral website for OmniCorp, the company featured in the original series and now the reboot. Hit the jump for more.

In the 1987 Robocop, OmniCorp turns recently dead police officer Alex Murphy into the title character before taking over the Detroit police force. As the series progressed, we see how truly bad this company is, and Robocop fights against them. It looks like this basic principle will survive into the reboot, and fortunately, some other gems will as well. The Omnicorp website still has a lot sections locked for now, but we definitely get a good initial look at the company. They state their “vision” on their homepage:

For a half-century, these words have set the framework upon which OmniCorp has aimed to build a brighter world.

We don’t do passive technology. At OmniCorp, our solutions generate a beacon of safety that we shine upon on the dangers of the day. No matter the obstacle – political, cultural, philosophical – we pursue our convictions around the globe to secure peace of mind at home. And when this requires bold new direction, we never allow doubt to shrink our duty. When your quality of life is in the balance, our leadership team will tip the scales.

Our products have elevated your lives. Our people have inspired your future. Our passion will always be at your side.

The company is obviously at the forefront of technology and protection, as their commercial showcases:

For Robocop fans like myself, you might have noticed the updated version of the famed ED-209 featured heavily both on the site and the ad itself. This battlefield robot played a pivotal role in the original series, and its limitations (i.e. failures) were a big reason the Robocop program was even given the green light. 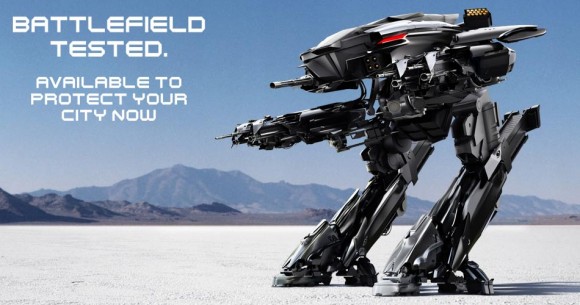 Not to be outdone, the Robocop program is also mentioned on the website and commercial. The end of the ad gives us glimpses at the RC-2000, and we have a dark close-up of the model’s shoulder. 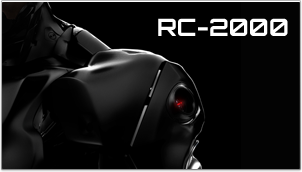 As the site updates and we get access to more areas, we should learn a lot more about the company, including possible plot details, background, and most importantly, how the new Robocop looks. Let us know what you think of the site, ad, and our tease of the Robocop suit (which looks black instead of silver this time around). I’m really excited for this to hopefully become an in-depth ARG, as I am big fan of Robocop and am looking forward to an updated story that still keeps the great social commentary of the originals.