We are now officially one week away from the release of The Dark Knight Rises! Warner Bros. is out at the San Diego Comic-Con this week promoting the upcoming release, along with several other films. They’re giving fans a chance to win a special advance screening of The Dark Knight Rises through a scavenger hunt. More after the break!

The Bat Signal Search sweepstakes is a contest where SDCC attendees following @BatSignalSearch get to participate in a scavenger hunt for Bat Signals projected on buildings around the San Diego Convention Center. Prizes ranged from limited edition TDKR Mondo posters to a hometown screening of the movie. 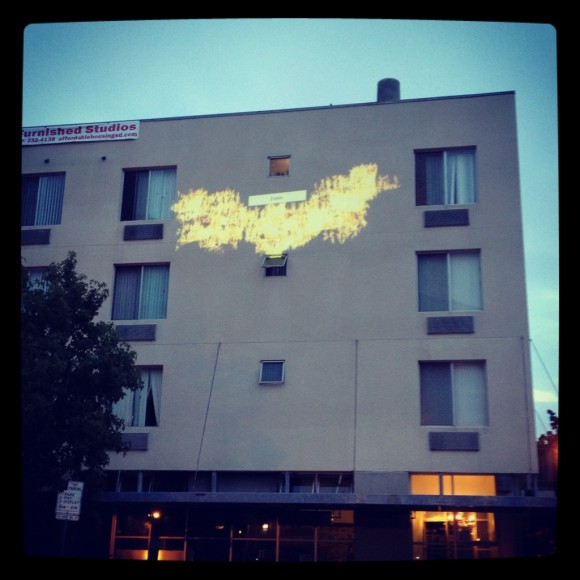 The Dark Knight Rises in theaters and IMAX July 20th! And be sure to stick with MovieViral for all of the latest Comic-Con news!