The last film panel of the Saturday night went to Marvel Studios. Marvel brought their A game to Comic-Con, and while the main course of the panel was Iron Man 3, there were plenty of other announcements. Read our recap after the break.

Marvel Studios Production President Kevin Feige started us off with announcing the official titles for two sequels we knew were coming up, Thor: The Dark World and Captain America: The Winter Soldier. They are both great titles, but what caught everyone’s eye was “Winter Soldier”. In one comic book storyline, Captain America’s sidekick Bucky (who seemingly died in the first film) is also found in ice, but this time by the Russians. His lost arm is replaced with a bionic one, and he is trained to be Soviet Assassin with the code name Winter Soldier. Fans in the Hall were really excited about this title, but no other information was provided on either new movie.

The other big announcement was the title of Marvel’s secret film to be released on August 1st, 2014. Guardians of the Galaxy (official concept art shown above) is a lesser known Marvel property, but their storyline involves Thanos heavily, so it’s a great way to set up The Avengers sequel. The final non-Iron Man part of the panel probably got the most buzz. Edgar Wright came out and revealed the test footage he shot for his upcoming Ant-Man adaptation. He only showed it once, but it looked awesome. In it, Ant-Man fights a bunch of guards in a hallway to get to an elevator. The suit is a mix of costume designs from the comics, and the action was cleverly choreographed to maximize on the hero’s ability to change size instantly.

The logos for each of these movies were also revealed, which you can see below (click for full size). 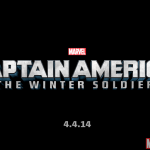 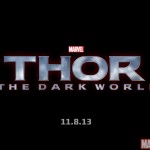 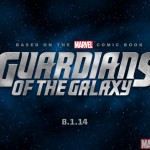 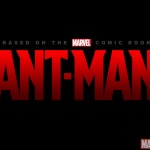 For the Iron Man 3 part of the panel, Robert Downey Jr. made an entrance worthy of Tony Stark. He came from the back of Hall H up the aisles with Luther Vandross’ “Never Too Much” blasting from the speakers. Downey’s hand is covered with Iron Man glove and glowing light, and we immediately cut to the footage they brought. Director Shane Black and actors Don Cheadle (War Machine/Rhodey) and Jon Favreau (Happy Hogan and executive producer).

The sizzle reel starts off with a great comedic yet important scene where Tony Stark (Downey) has implanted something into this arm that can make the pieces of his Iron Man suit attract to him like a magnet. It’s not perfect yet, so some pieces fly too fast, and when the mask flies at him upside down, he has to flip and do a flying handstand to make it fit. The new suit is mostly gold in color. We also see a funny exchange between Stark and Happy that references The Avengers. We then get a montage that includes some crazy action and effects, such as Stark’s Malibu mansion being destroyed. We also finally see Ben Kingsley as Mandarin, confirming the rumors. Overall, it’s a great reel, and as Black says later, they’ve only filmed the first half of the movie, so there’s much more to come. 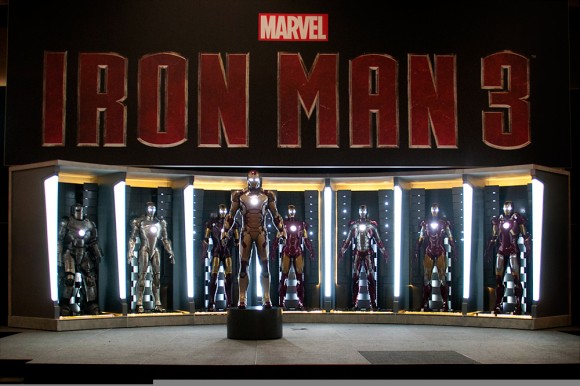 Black talked about how great is was having Favreau, the director of the first two films, around to get advice. They were trying to figure out how Stark could go back into his world, and this story was the way to do it. We quickly went into the Q&A, and the first question was whether we’ll see Pepper Potts (played by Gwyneth Paltrow) in the Rescue suit, which is an Iron Man-like suit that Stark makes for Potts in the comics. Everyone on the panel said they’d love to see that, and Feige even gave a wink, leading me to believe that it might happen in this movie.

We also find out that Black’s Kiss Kiss Bang Bang is what got Downey the role of Iron Man, and Black actually helped out a bit with the first Iron Man. Black is happy that everyone is back, as it is a family. Favreau is finally able to have some fun with Happy, now that he doesn’t have to worry about directing. Shane made Favreau feel very comfortable on the set, and Favreau likened it being a grandfather. He doesn’t have to change diapers, but he still gets to play with the baby. Don Cheadle revealed it takes about thirty minutes to get him into the War Machine suit, and it’s getting better with each movie. Downey doesn’t know if he’ll continue to play Stark after Iron Man 3 (the last movie in his current contract), but he loves what he does.

A fan asks about whether they will go into the “Demon In A Bottle” storyline where Stark battles alcoholism. The panel said that Tony doesn’t fall off the wagon in this movie, and Downey says that they’ve talked about the idea, but there’s not enough plot. Black says there is “great nuance” in the movie, and he credits his co-writer Drew Pearce. Finally, when someone asks if Bruce Banner will be in Iron Man 3, Feige says that Stark took Banner to the Port Authority at the end of The Avengers, though it’s not clear if he was joking.