Almost two months ago, we got our first viral website for Rian Johnson’s Looper. The time travel action flick stars Joseph Gordon-Levitt and Bruce Willis as the same person from different times. Now the official website is live, and leads us to another viral website. Get the details after the break.

In 2072, murder is too difficult to get away with, so the mob sends their targets back in time 30 years to be killed by a hired gun called a “Looper”. When the mob decides they want to “close the loop” on Joe (Gordon-Levitt), they send back his future self (Willis).

Sony’s LooperMovie.com provides a link to the filmmaker’s Tumblr, but the real website is much more interesting. It has a slick design that uses a timeline on the lefthand side to navigate you to various sections, including downloadable material, character bios, and games (which are not yet accessible).

If you scroll all the way to the bottom of the page, you see the box where Looper’s put their used blunderbusses, as seen in the film’s trailer. 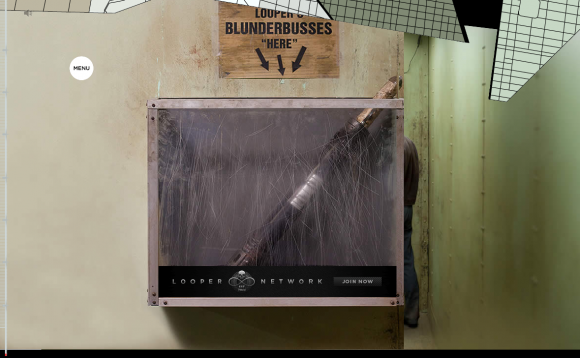 When you click on the “Join Now” button, you are taken to LooperNetwork.com, which is “coming soon”. Hopefully, this turns into an interactive experience where you get to become a Looper and learn more about the network. 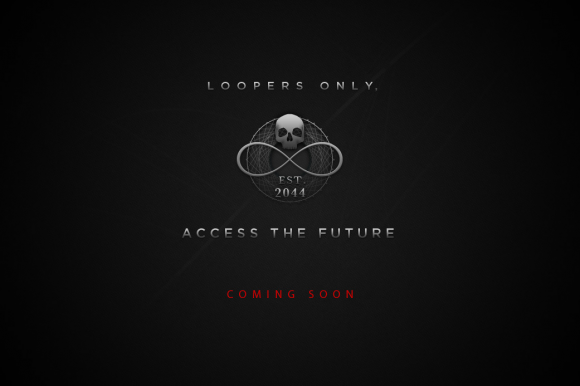