While I myself have not seen or read Game of Thrones in any of its incarnations, both the HBO television show and novel series (A Song of Ice and Fire) are wildly popular. Thus, the panel for the series at San Diego Comic-Con this year was one of the highlights of the Friday Hall H schedule, as evidenced by the throngs of people leaving the room when it was over. While I felt left out of the excitement, I didn’t leave empty handed. Find out how you can win the swag bag those who attended got at Comic-Con after the break.

All you have to do is leave a comment below telling me why I should watch Game of Thrones. I’ll choose a winner based on my favorite response. The contest runs until Wednesday, August 1st at 11:59PM PDT, and is only open to US residents. Please remember to provide a way for us to contact you, such as logging into Disqus (where we can see your email).

Below is the list of items in the package, as well as photos. 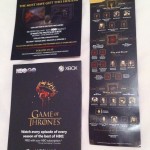 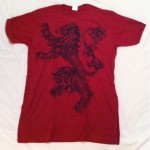 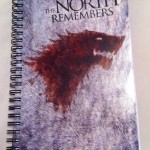 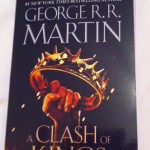 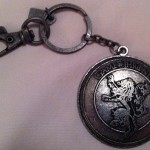 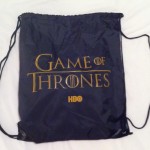 Congrats to Spider7267 for winning our contest!