The Buzz: Gangster Squad, The Hobbit, Cloud Atlas, and More!

The Buzz is a feature in which we round up the Top 3 most-buzzed-about movie/TV stories of the week (in chronological order). Why go through pages of blogs just to find out what everyone is talking about? We’ve got it all right here in our Warner Brothers Edition of The Buzz.


1) “Gangster Squad” Re-cut and Pushed Back 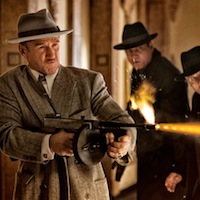 There was bound to be some fallout from the movie shooting in Aurora, and Gangster Squad has gotten caught right in the middle of it. The day after the shooting, Warner Bros. (the studio also behind The Dark Knight Rises) quickly removed ads for the film, and after a few days of rumor, the studio officially pushed back the film’s release from September 7th to January 2013. This is all due to the film’s graphic violence that includes a scene in which characters shoot sub-machine guns at moviegoers through the screen of Grauman’s Chinese Theatre. That scene will be either removed, heavily edited, or possibly even reshot. The film had gotten some good buzz, but moving it to January is basically a death sentence. [First Showing]

Since Peter Jackson doesn’t know how to edit, he is currently in discussions with Warner Bros. to make The Hobbit: An Unexpected Journey into three films. The adaptation of J. R. R. Tolkien’s quasi-Lord of the Rings prequel was already planned to be split into two films, but the director wants to tell more of the story. Filming recently ended, but it would pick back up again next year for two months to get the extra footage needed. The extended edition of the Lord of the Rings trilogy has a total running time of over eleven hours, so this news does not really surprise me. What do you think? Does The Hobbit deserve or even need three films to tell the story? I haven’t read the novel, but it is only about 300 pages long, so I can’t imagine a whole movie covering only 100 pages. 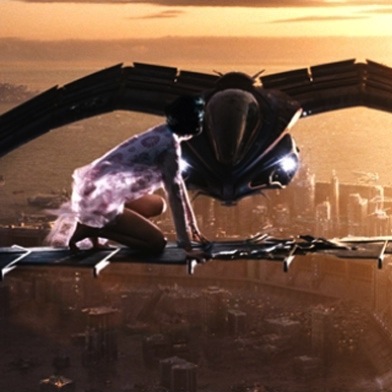 This was Cloud Atlas week, as Warner Bros. released several stills and an extended trailer for the trippy film that is due out October 26th. Cloud Atlas is based on the 2004 novel of the same name that tells six different stories spanning hundreds of years that are intertwined. The trailer itself is quite mesmerizing, while also completely confusing, thanks to the complicated story structure and the same actors playing different roles in each tale. /Film did a little write up to point you in the right direction, but I’m sure you’ll have to wait to see the film to truly understand it (if even then). The Wachowskis (The Matrix) and Tom Tykwer direct and wrote the film, which spans several genres.

– The Politics Of THE DARK KNIGHT RISES
– Read Christopher Nolan’s Eloquent Farewell to Batman
– Trivia: Where Was The Joker In ‘The Dark Knight Rises?’
– Frank Marshall Thinks ‘Indiana Jones 4’ Was the Hero’s ‘Last Hurrah’