Last season on Fringe, we got a glimpse at the future of our universe in the 19th episode, “Letters of Transit”. We saw that the Observers had come and taken over. It’s been known for quite some time that the upcoming fifth and final season would take place in that future of “Letters of Transit.” Two viral videos have surfaced online in which Captain Windmark, an Observer, tells citizens about a couple of laws. Check them out after the jump!

In this first video, Edict 09 of 16, Captain Windmark (played by Michael Kopsa) talks about loyalty and the cost of betrayal.

Did you notice a bit of distortion during the video? If you thought it was just you, rest assured it wasn’t. I was able to get a screen cap of the image, which appears to be a message from a resistance group, urging viewers to ‘End the Oppression’ of the Observers. 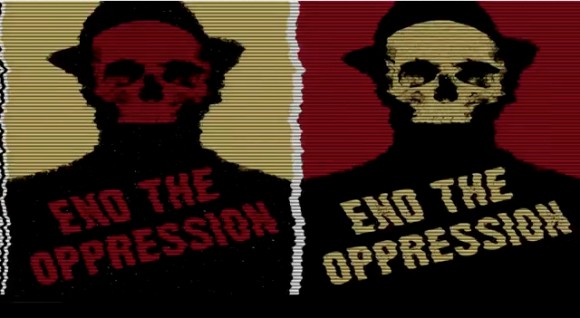 The second video, Edict 12 of 16, Captain Windmark reminds citizens (or “Natives”), that proper documentation is required for travel. Apparently you aren’t even supposed to leave your “designated living quadrants” without the proper documentation. No wonder this group of freedom fighters wants to rebel.

In this video, more messages appear embedded in the feed. At the very beginning, you see the Ministry of Defense logo distorted with the simple message: RESIST. 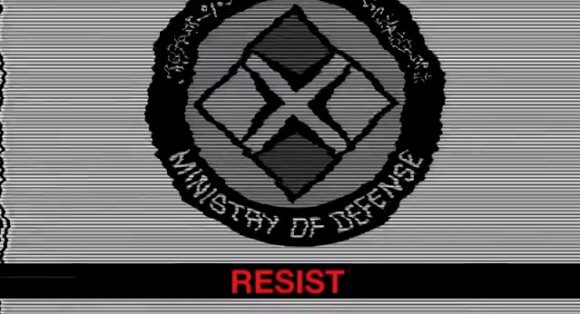 There’s another End the Oppression image, only colored differently. 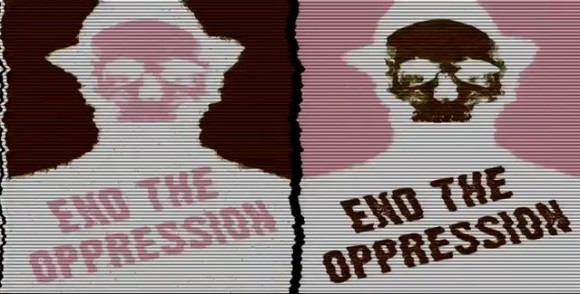 And this new one which tells us that this resistance group is militant, wants Natives to fight for America. 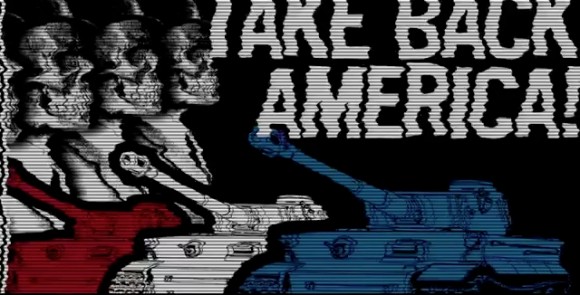 We’ll keep you posted on any more developments, so be sure to check back often.

The final season of Fringe premieres September 28th on FOX.