If you’re a fan of The Lord of the Rings and The Hobbit, then you are probably waiting impatiently for the first film in The Hobbit Trilogy to hit theaters on December 14th. Fortunately, Warner Bros. has released an App for iPhone, iPod Touch, and iPad called The Hobbit Movies. The iOS App takes you deep into Middle Earth and the making of the films. Read the official synopsis after the break. 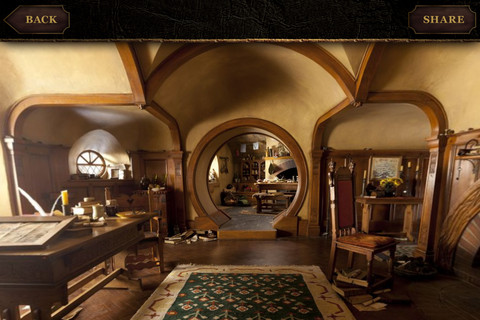 Explore Middle-Earth and experience the epic adventure of “The Hobbit: An Unexpected Journey” with the official iOS app. Learn about Bilbo Baggins’ quest to reclaim the lost Dwarf Kingdom of Erebor and the band of thirteen dwarves that join him and Gandalf the Grey as they embark across the wastelands of the Lonely Mountain through exclusive artwork, interactive character galleries, and production videos presented by director Peter Jackson.

View a selection of animated character portraits, travel through a detailed map of Middle-earth and explore the stunning narrative imagery of “The Scroll” artwork to immerse yourself in the world of Hobbits, Dwarves, Elves, Orcs, deadly Wargs, giant Spiders and a fearsome Dragon.

From Academy Award®-winning filmmaker Peter Jackson comes “The Hobbit: An Unexpected Journey,” the first of a trilogy of films adapting the enduringly popular masterpiece The Hobbit, by J.R.R. Tolkien.