Disney seems to have a penchant for for making classic commercials to promote their films about toys. For Toy Story 3, we got a 1983 commercial for the “Lots-o’-Huggin’ Bear”, as well as a Japanese version. Disney’s Wreck-It Ralph opens in theaters on November 2nd, and they have released a 1982 commercial for the game featured in the movie, Fix It Felix, Jr., as well as a poster. Check them both out after the break. 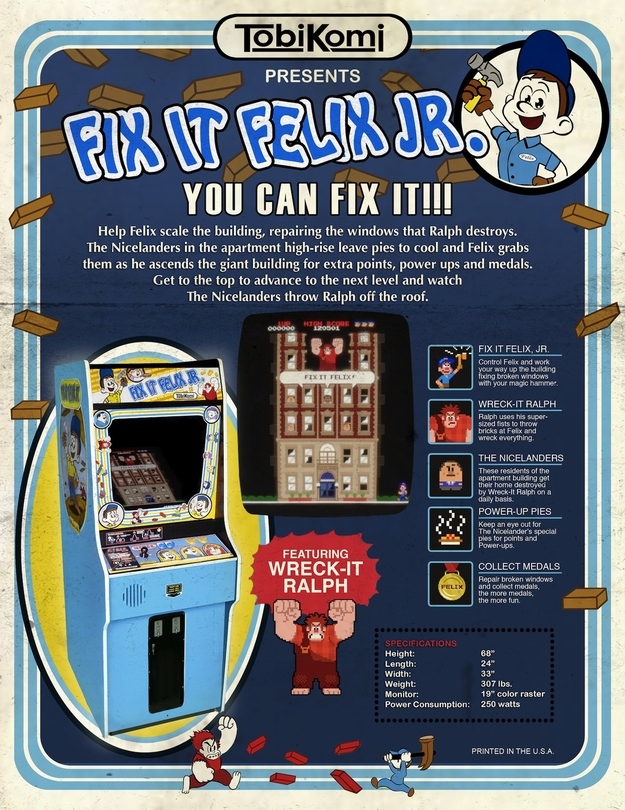 For more details on Wreck-It Ralph, check out the film’s official website, where you can also play Fix It Felix, Jr. and the film’s other featured game Hero’s Duty.