Viral activity is not limited to the web; it can go as far as physical face-to-face interactions. While there aren’t any particular viral campaigns for Pacific Rim that we know of, the poster for the New York Comic-Con could provide the inspiration needed to push one through. There will also be a comic book prequel tie-in to provide much needed info to tell readers and potential audiences how the film got to where it is. Check it all out below.

The comic book will be broken into three separate parts “covering the in-world history from the first attack up to just before the movie.” Apparently this war between these large monsters and human operated robots have been going on so a long time, which probably means that readers won’t be seeing certain characters. According to Cinemablend no release date has been set.

But that’s not the only Pacific Rim news bit to report on. In attempts to muster up some interest for the film, a propaganda-style poster for the film has been released. The poster appeared on the film’s official Facebook page. 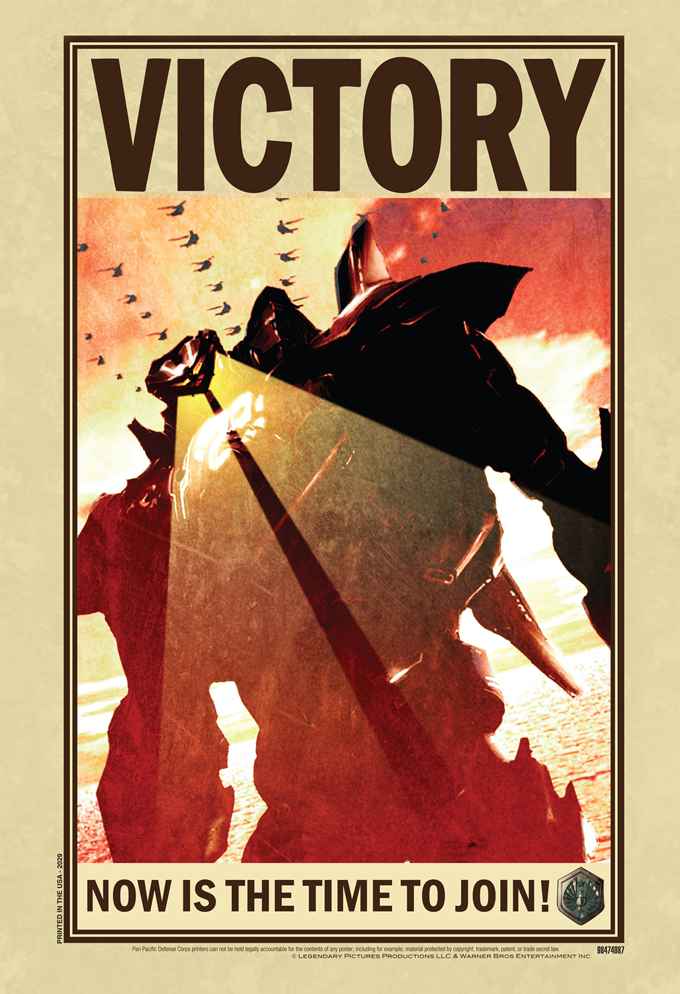