It’s been a while since we’ve covered anything on Guillermo Del Toro’s upcoming intense sci-fi actioner Pacific Rim. When we last posted on the film, we learned that along with the recruiting posters that were handed out during Comic-Con, there was also a comic-book tie in that would focus on one of the characters before the events of the film took place. Now comes a new viral campaign, which is counting down towards some mysterious yet very cool thing. Hit the jump for more.

This new campaign centers on the new warning system created by Pan Pacific Defense Corps, the force that uses large mechanical robots called Jaegers that keeps humanity safe from the threat of monstrous creatures called Kaiju. Now the site doesn’t have much right now. But the countdown has us wondering what will happen in two weeks. There is also a glowing dot located over San Francisco; there you can find a video for the regular test that will warn residents if there is an impending attack. Hopefully these dots will expand to other cities, as the countdown gets closer to reaching zero.

The viral campaign has also reached over the Atlantic, where Total Film has come across a leaked memo where a British High Commanding Officer is reaching out to the Japanese force to nominate their fighters for “immediate assignment to the PPDC Jaeger Initative.” The memo has a list of names, but one of them appears to be blacked out. 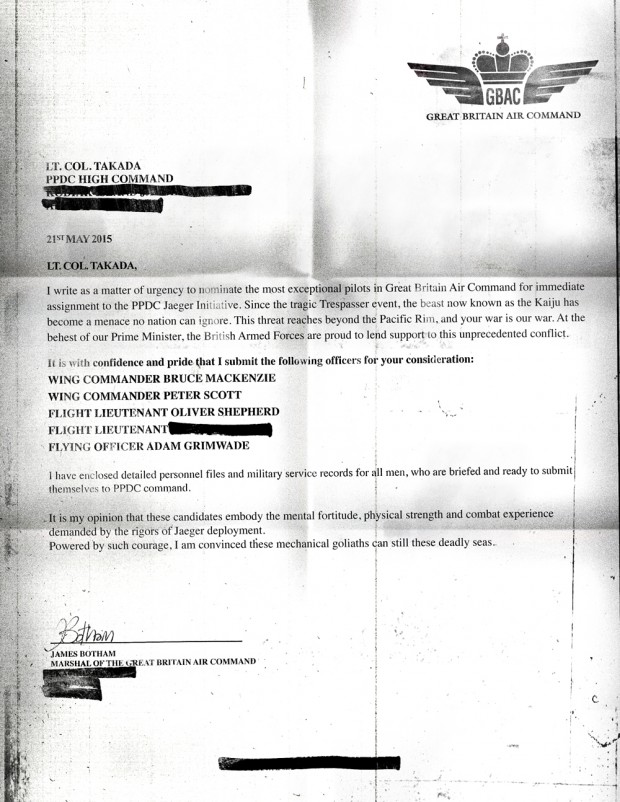 So that’s it, while it may be a small start, it still gives us something to look forward to. Whose name has been blacked out on that memo? What exactly is the countdown on the Pan Pacific Defense Corp counting down to? We’ll have to see where this viral campaign goes from here.