Trailers Weekly is a feature in which we bring you the most popular and talked about trailers of the week. Sharing trailers is a classic viral practice, and trailers are still the most mainstream way for people to learn about movies. It’s a brand new year and that means we are getting brand new trailers, so prepare to be excited for some very big films and a few indies too. This week we have trailers for Girls Against Boys, Google & The World Brain, Trance, 42, and 21 & Over. Hit the jump to see them all.

Girls Against Boys
It’s a battle of the sexes and its the female sex who wants to be out on top. Danielle Panabaker stars in this revenge thriller that involves swords, guns, and other weapons. The film is directed by Austin Chick and will open in theaters on February 1st.


Google & The World Brain
We all know Google is a massive search engine. But this latest film will show just how massive it is. The documentary focuses on the infamous search engine’s quest to compile all published books into one database. Ben Lewis directs and the film debuts at the Sundance Film Festival.


Trace
Before Danny Boyle started working on the Opening Ceremonies for the London Olympics, the director worked on a hypnotic heist thriller called Trance. The film stars James McAvoy as the thief, Vinncent Cassell as the victim, and Rosario Dawson as the hypnotist hired to extract the memories from McAvoy’s character, who is suffering from amnesia. No release date has been set.


42
WB has released the second trailer for the Jackie Robinson biopic 42. The film starring Harrison Ford as Dodger manager Branch Rickey and Chadwick Boseman as Robinson. Alan Tudyk stars as a racist against the idea of Robinson playing in a white-league. The film opens in theaters on April 12.


21 & Over
From the people who brought you the Hangover comes 21 & Over. So yes there is drunkenness, public nudity, intense intoxication, and stupidity. But it’s all in good fun. The film stars Skylar Astin, Justin Chon, and Miles Tellar. 21 & Over opens in theaters on March 1, 2013. 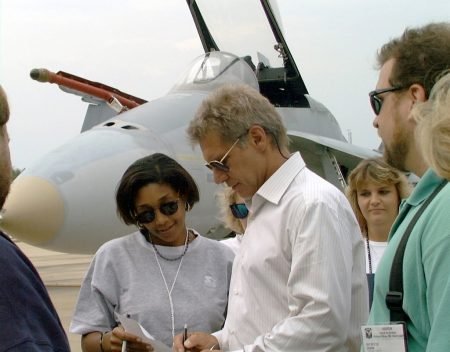