Every now and then, a viral campaign will start and then unexpectedly stop progressing, and then start up again, like Cobra Special Forces. Sometimes they just start and sit, for a very long time like the campaign for Sharlto Copley’s project, The Europa Report. The viral was discovered early last year, but sat dormant until November and nothing has happened since. Yesterday, it was announced that the U.S. distribution rights were purchased by Magnet Releasing, a genre arm of Magnolia Pictures. Could new viral content be on the way? Read the full press release after the jump.

A unique blend of documentary, alternative history and science fiction thriller, EUROPA REPORT follows a contemporary mission to Jupiter’s moon Europa, to investigate the possible existence of alien life within our solar system. Developed in close collaboration with NASA, JPL, SpaceX and other leaders in the scientific community, the film imagines the next step in manned space exploration and is based on recent scientific discoveries and theories.
“EUROPA REPORT is an exceptionally smart, thrilling film that will be a revelation for space enthusiasts and science fiction fans alike,” said Magnolia President Eamonn Bowles. “Its nuanced attention to scientific detail lends it an exciting quality that elevates it above the usual genre fare.”

“Sebastián has made a unique and challenging film that looks and feels epic despite being contained, and we’re confident has the potential to get into the zeitgeist. We also think it is a great example of the genre-bending films that Magnolia has had such success with, and we look forward to working with them again” said Browning.

Magnolia secured the rights over several other distributors in out of market bidding, believing the film perfectly calibrated for its distribution model. They will release the film later this year.
The deal was negotiated by Magnolia’s SVP of Acquisitions Dori Begley and Director of Acquisitions Peter Van Steemburg with CAA on behalf of the filmmakers.
Sierra-Affinity’s Nick Meyer is handling international rights and will be screening the film at the European Film Market in Berlin.

The viral site still features the same videos and the same restricted areas. Will the campaign pick up again? Only time will tell. It would be interesting to have the campaign start up again, but some aspects seem very familiar to the Prometheus viral, with the corporation funding an expedition to a distant moon, in the case of Europa Report, one of Saturn’s moons. The site has several locked areas which require a username and password, much like the Project Prometheus site. Perhaps the team behind the whole thing are taking time to rethink the plan and will essentially reboot later on. They have time, as the film doesn’t have a concrete release date yet. If there are any developments, we’ll be sure to let you know. And if you find out anything, please share with us! 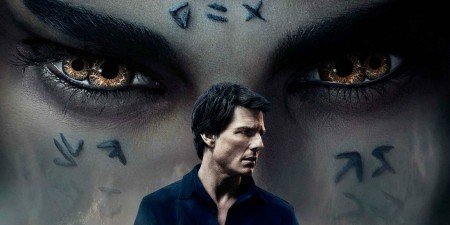