Cosplayers at WonderCon Could Be Featured in DC Comics Documentary

Warner Bros. Home Entertainment and DC Entertainment are developing a documentary about comic book villains titled Necessary Evil: Villains of DC Comics. On Saturday, March 30th at WonderCon, cosplayers dressed as their favorite DC Comics’ villain have an opportunity to be featured in the documentary. Get the details in the press release below.

“Behind every great hero, there are a whole lot of villains.” – Geoff Johns

BURBANK, CA (March 26, 2013) – The Joker, Bane, Deathstroke, Darkseid and Lex Luthor — the scariest and most menacing villains in DC Comics’ universe — take center stage in a brand new full-length documentary from Warner Bros. Home Entertainment (WBHE) and DC Entertainment (DCE). The joint announcement was made today by WBHE and DCE.

Christopher Lee, who has played the villain more times than almost any other actor, will provide his unique voice as narrator. His roles in more than 200 films include star turns as Dracula, the Mummy and Frankenstein’s monster in Hammer horror classics, Count Dooku in Star Wars, and Saruman in The Lord of the Rings trilogy and The Hobbit films.

In this new documentary film, the malevolent, sometimes charismatic figures from DC Comics’ hallowed rogues’ gallery will be explored in depth, featuring interviews with the famed creators, storytellers and those who have crafted the personalities and profiles of many of the most notorious villains in comic book history.

Production begins March 30, to coincide with WonderCon at the Anaheim Convention Center March 29-31.

Noted Geoff Johns, best-selling author and DCE’s Chief Creative Officer, “DC Comics is known for many things, but chief among them is the compelling, diverse and legendary society of super-villains who populate its universe. From the monstrous Solomon Grundy to the brutal Black Adam to the charismatic Sinestro, there is no single greater collection of villainy in all of fiction. These villains are hugely popular comic book characters in their own right and, quite honestly, many are often times more popular than some of our iconic super heroes.”

Jeff Baker, WBHE’s Executive Vice President and General Manager, Theatrical Catalog, added “The DC brand is enjoying a huge resurgence thanks to the entire leadership team at DC Entertainment which is driving opportunities not only for new theatrical properties, but for brand extensions as well. This new documentary will reinforce this evolving strategy and leverage DC assets across the entire studio landscape.”

Johns also reiterated that this year’s initiative will be a turning point for DCE. “It’s time we deconstruct these complex and sinister antagonists and celebrate the role they play as the engine and energy of some of the greatest storytelling in comics. 2013 is the Year of the Villain at DC Comics.”

On Saturday, March 30th, fans attending WonderCon are encouraged to come dressed as their favorite DC Comics’ villain for an opportunity to be featured in the documentary. Fans can join DCE at WonderCon Booth 801 with filming to take place Saturday from 10:30 am – Noon. To find out more about where and what time to meet in the WonderCon DC Entertainment booth, keep checking the DC Comics Facebook (Facebook.com/DCComics) and Twitter sites (@DCComics).

Participation in upcoming ‘cons’ (Comic-Con International: San Diego and New York Comic Con) is anticipated, with a full release scheduled for later in the year. 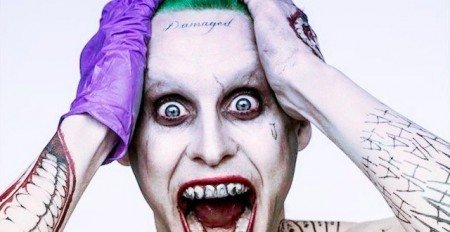