NBC’s newest show Hannibal, based on the infamous fictional cannibal with class, debuted last night. To promote the show, NBC has taken Hannibal all across the social media board, including a Facebook app where Dr. Lector has you and your friends for dinner. Read the press release after the break for all ways you can connect with the good doctor.

UNIVERSAL CITY, Calif. — April 4, 2013 — NBC is upping its social media support for “Hannibal” with both a Facebook and Tumblr application connects the series closer to its passionate fan base.

Premiering April 4 (10-11 p.m. ET), “Hannibal” is based on the characters from the book “Red Dragon” by Thomas Harris and was developed for television by Bryan Fuller (“Pushing Daisies”), who also serves as writer and executive producer.

Titled “Hannibal’s Friendly Feast,” Facebook invites its users to the home of the diabolical Dr. Hannibal Lecter to find out what’s on the menu. The app allows users to select three friends, after which a custom menu is generated. The friends then are placed as the appetizers and the entrée on the menu, along with customized descriptions. The original user soon realizes they are the meal’s dessert. Participants will be able to share their menus on their Facebook feeds and invite others to participate. Visit the app here: www.HannibalsFriendlyFeast.com

NBC has also launched design-friendly and innovative Tumblrs for “Hannibal” that include conversations with the cast and crew. Working with industry leader Heavenspot, Tumblr’s first post is a chat with executive producer Martha De Laurentiis, who shares tales from her three-decade history with the franchise.

The series stars Hugh Dancy (“The Big C”) as a criminal profiler who is haunted by his ability to see into the minds of serial killers, and Mads Mikkelsen (“Casino Royale”) as the treacherous Dr. Hannibal Lecter. Laurence Fishburne (“Man of Steel”) portrays Jack Crawford, the head of the FBI’s Behavioral Science Unit that desperately needs Will to break tough cases. 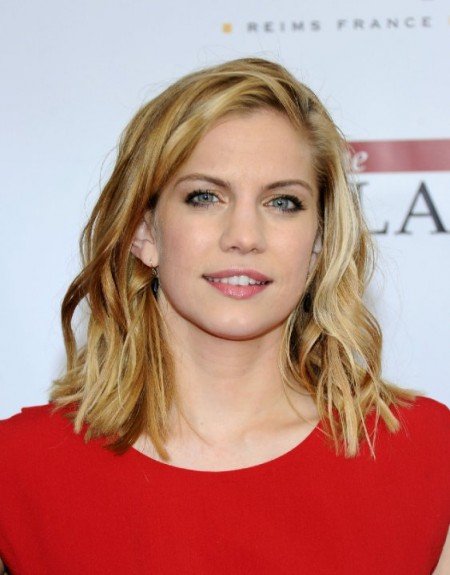