Last night, actor Morgan Freeman did an IAmA on the social news website Reddit to promote his upcoming film Oblivion. Many on the Internet, especially in the Reddit community, have a great fondness for Freeman, so it’s not surprising how popular the thread became (around 15,000 comments as of this article’s posting). However, when he was done, many were left wondering how genuine the experience was. Details after the break.

IAmAs (also known as AmAs for “Ask Me Anything”) are one of the more popular features of Reddit, where anyone can post a thread to answer questions from regular users. The ones that usually rise to the top are from famous people, professionals with interesting jobs, and people with unique medical conditions. These Q&As are often used as a promotional tool, as the attention they gain can generate significant buzz. However, if the individuals involved don’t understand what they are getting into, it can backfire. The most infamous example is Woody Harrelson’s IAmA for Rampart. Apparently, Harrelson didn’t understand the concept of “Ask Me Anything”, and tried to steer questions and conversations towards the movie. One particular question involved a sexual encounter Harrelson had with a high school girl, which he denied and requested “lets focus on the film people”.

This brings us to Morgan Freeman’s IAmA. Freeman stars in the sci-fi action film Oblivion, which opens in theaters on April 17th. While he was only on for a short time, Freeman got in a lot of answers. However, the responses were a bit hit-and-miss. One Redditor actually broke down some issues, including inconsistency in his answers from what he has said in the past. There was also no personal touch to the experience. The whole thing had a real PR vibe, as another Redditor put it, and the fact he used the username “OblivionMovie” didn’t help. Usually, actors will create a personal username, as Gerard Butler did a few weeks ago on his well-received IAmA.

A few other threads quickly commented on the issue, and the IAmA thread itself saw the first few comments taken over by critics. Was this really Mr. Freeman? If so, was he simply put up to it by Universal’s marketing people? He was obviously involved in some manner, as this photo from the Oblivion Twitter shows. There are more questions than answers, but Reddit loves a good conspiracy, even if it is about one of their favorite people.

What do you think about Morgan Freeman’s IAmA? Were you underwhelmed?

Reddit General Manager Erik Martin responded to the criticisms of the IAmA, explained a bit about how they go about these celebrity IAmAs, and answered questions. He also talked to the publicity team that set up the IAmA about the Reddit community’s concerns (including the confirmation photo that looked edited).

I have spoken to Mr. Freeman’s/Oblivion’s PR team and they have stated in no uncertain terms that all of the answers in the AMA were his words, and that the picture was legitimate and not doctored. 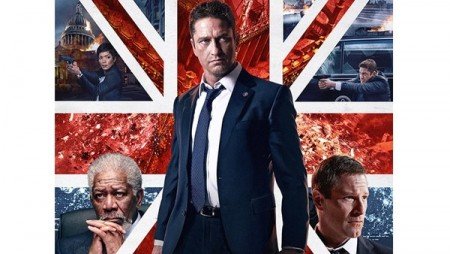