Michael Uslan, who has been an executive producer on every Batman film from Tim Burton’s 1989 version to the recent Christopher Nolan The Dark Knight trilogy, is working with digital media company Blip to create an original superhero web series. Find out more details about this new project after the break.

The Hollywood Reporter was first to post about Uslan’s new project. The live-action series is called The Great S. Cape! and will be shot in 12 installments. It stars South African actor Ian Duncan as superhero Stephen Cape. 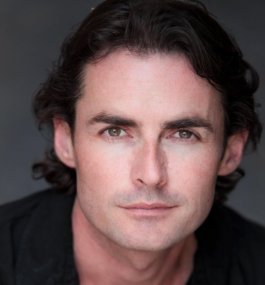 Per THR, the Cape character is:

a magician and illusionist who applies his skills — and refusal to use a gun — to his newfound mission as a private detective. When he stumbles across the most insidious murder plot in Hollywood, powerful forces set out to stop him at all costs.

Uslan will write and executive produce the new series which will premiere later this year on Blip’s website. A sneak preview will be offered on May 1st at Blip’s NewFront presentation in New York.

Per THR’s article, Uslan sees the series as a “triumphant return of the chapter-by-chapter Saturday-matinee movie serial of old that was dominated by Batman, Superman and Captain America.”

Production on the series is scheduled to begin at the end of April.