While there have been some great tumblr sites that were used for some viral marketing campaigns, there are a few that feel like they are last ditch efforts from the digital marketing department. Take for instance the latest tumblr for The Hangover Part III, set up by the WB team. To call it a weak viral marketing campaign would be a bit to generous. Hit the jump to find out why.

All the tumblr really is, is just some sort of Alan-themed tumblr. There is a giraffe cursor and a howling wolf in the background. There is a variety of photos and drawings that can only come from someone like Alan. Honestly it doesn’t feel like it ties in with the film itself.

Regardless, the tumblr is set up, it is here, and it’s really not that great. Here are a couple photos to emphasize just how underwhelming the site is. 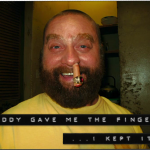 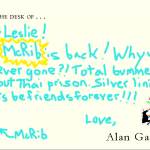 The Hangover Part III opens in theaters on May 24.