The Pacific Rim viral train continues to chug along with The Pan Pacific Defense Corps, where they are looking for a few good men and women to help thwart the Kaiju threat. Do you have what it takes to join the most elite fighting force on Earth? Find out how to join the ranks after the break.

In just the first of a handful of initiatives being introduced over at Panpacificdefense.com via the Pacific Rim official Facebook page, Warner Bros. has begun a campaign to recruit you and others into the PPDC. Not all positions are for piloting Jaegers (the gigantic robots), however. Since everyone has a specific field they excel at, your final placement in the PPDC will be determined via a psyche exam consisting of a series of questions that must be answered in rapid succession. 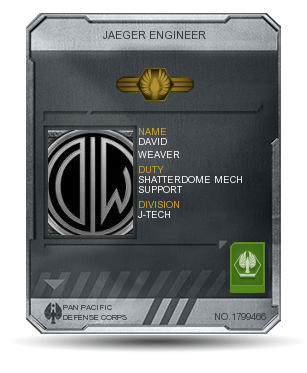 The results of the test will land you in one of four departments, all equally important to the future of humanity, but all very different from one another. You can join either the Jaeger Academy for recruitment and training, the K-Science division for Kaiju detection and analysis, the J-Tech department in charge of all Jaeger systems and robotics or the Strike Groups for deployment and combat.

Here is the official description for the initiative off the PPDC website:

Founded in 2014, The Pan Pacific Defense Corps represents an international alliance of 21 nations across the Pacific Rim, bound together by the shared goal of containing, combating and eliminating the Kaiju threat. The future of the human race depends on citizens like you. Take the Pysche test now and apply for a position within the PPDC.

The other sections of the website are locked for the moment, so we’ll let you know when they become available. Pacific Rim opens this summer on July 12, 2013