Henry Fonda is one of the most iconic film actors in American Cinema, though he didn’t receive a Best Actor Academy Award until a few months before his death. Fortunately, the appreciation for his work has only grown over the years, which leads us to tomorrow’s DVD release of The Henry Fonda Film Collection. Check out my review after the break.

I won’t bother reviewing the movies themselves from this set, since they are all over 30 years old (some are even older than my parents). Suffice to say, these are all classics, some of which hold up better than others. Interestingly, my favorites of the collection are the 1939 western Jesse James and 1968 thriller The Boston Strangler. They are very different films in very different times, but it’s the performances of Tyrone Power and Tony Curtis, respectively, that stand out in these pictures. See the total list of films below.

Volume 1:
Jesse James
Drums Along the Mohawk
The Grapes of Wrath
The Return of Frank James
Immortal Sergeant
The Ox-Bow Incident

If you are a fan of Fonda or just classic cinema in general, you might notice some glaring omissions to this collection. Two of Fonda’s best performances were in 12 Angry Men and On Golden Pond (for which he received the above-mentioned Oscar). Another more recognizable film of Fonda’s that is not seen here is Once Upon a Time in the West. I’m sure the reason these great films were excluded had to do with Fox Home Entertainment not having the rights, but it does make the collection feel hollow. The set reminds me of Fox’s Forever Marilyn collection, which had a similar style and also omitted some of Monroe’s more notable films.

The collection has a nice look, but there aren’t many special features. Each DVD has a few clips from the era and sometimes a behind the scenes featurette. It’s also disappointing that this was not a Blu-ray release. I would have loved to see some of these classics really cleaned up for an HD experience. Still, if you’re a Henry Fonda fan, this is probably your best bet for anthology of his work. 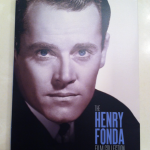 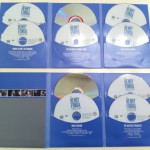 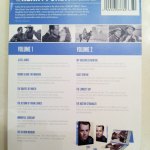