Safe Haven is the latest Nicholas Sparks romance novel to be adapted into a feature film. It opened in theaters this past Valentine’s Day, and it is available today on Blu-ray. Read my review after the break.

Julianne Hough plays Katie, who is on the run from the police after stabbing…someone (we find out who later on). She ends up in the small town of Southport, North Carolina where she inexplicably is able to afford a house. She meets Alex Wheatley, played by Josh Duhamel, who is raising his two kids after his wife passed away from cancer. While there’s obviously an attraction, Katie is very guarded because of her circumstances. Her new neighbor Jo (Cobie Smulders) helps convince her to take a chance, and over the course of the film, we see Alex and Katie fall in love. Unfortunately, Detective Kevin Tierney (Revolution‘s David Lyons) is obsessed with finding Katie, which leads to an intense climax.

I’m not a big Nicholas Sparks fan, but I was impressed that this film at least tries to break away from the mold of his previous films. The addition of the thriller aspect helps push along the narrative a bit, though it still meanders in the second act. Still, as you can tell from my synopsis above, some of the plot-points in the film aren’t really thought out. I’m sure this isn’t a concern for the intended audience, but it was distracting for me. 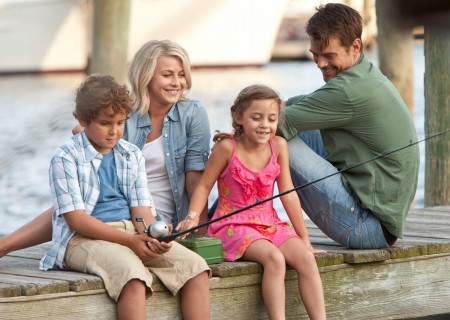 Duhamel and Hough definitely have chemistry, and overall the performances were fine. Mimi Kirkland and Noah Lomax were cute as Alex’s kids, but Red West was completely underused as Alex’s uncle Roger. The character of Tierney was way over the top, but Lyons did a good job controlling him.

My biggest nod to the film has to be its twists. There’s an important reveal that kickstarts the third act that explains what really happened back in Boston with Katie. Then, there’s a completely random twist at the end that was unnecessary but heartwarming.

The special features for the Blu-ray are limited to the regular deleted/extended scenes, a barely alternate ending, and a few small featurettes.

As someone outside the intended demographic, the film was better than I expected, but still not something I’d spend money on. However, if you’re a Sparks fan, this movie will be right up your alley, with the added bonus of a few extra twists.