Pacific Rim: Design Your Own Jaeger

In Pacific Rim, gigantic sea monsters called Kaiju terrorize coastal populations from another dimension, so the world has to come together to design and build Jaegers, massive robots that can defeat the Kaiju. Now, Warner Bros. is letting you get in on the action yourself with their Jaeger Designer. Get the details after the break.

The Jaeger Designer app is actually one of the cooler interactive features I’ve seen from Warner Bros. First, you get to construct a Jaeger using a few preset options for each part of the body: the head, chest, upper and lower arms, etc. You can even choose to have each part show signs of battle, rust, or dirt. After you add some decals, you can colorize your Jaeger, then create a custom poster. There’s a lot of great design options for the poster, including choosing a name and country, poses, and background. Then, you can download the image or share it with your friends online. Below is what I created (inspired by Iron Patriot and Captain America). 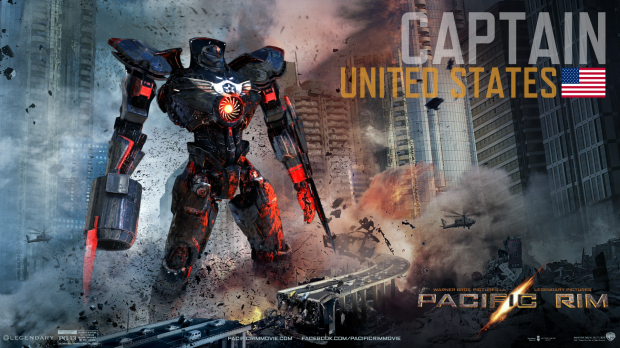 Try it out for yourself and let us know what you think. In order to save your design for future changes, you’ll have to connect with Facebook.