Everyone else, move out of the way, because of king of superheroes flies into theaters this Friday. Man of Steel is the first true reboot for Superman since the 1978 Richard Donner film starring Christopher Reeve in the title role. Now, Henry Cavill suits up to play the iconic figure. How does he and the film measure up? Find out in our review after the break (sprinkled with mild spoilers, and major spoilers separated out).

The last time we saw Superman on the big screen was in 2006 with Bryan Singer’s Superman Returns. The film was a mild box office success, but most people agree it was disappointing. A confusing mythology (it’s a sequel to Superman II, but ignores Superman III and IV, and changes it to modern times), rehashed story plots (Lex Luthor with another real estate scheme), and a mopey hero made for a lackluster film at best. Then a plethora of superhero films came out that blew it out of the water. Superman seemed dead in the water.

Director Zack Snyder, writer David Goyer, and producer Christopher Nolan look to change all that in Man of Steel. The film retells the origin story for Superman (aka Kal-El, aka Clark Kent), starting with an extended sequence in Krypton. Jor-El (Russell Crowe), a leading scientist, tries to convince the council that the planet is dying because they have drilled the core, but they won’t listen. General Zod (Michael Shannon) actually agrees with Jor, but his solution is to mount a coup. Jor-El and wife Lara-El are able to send their baby son Kal-El, the first natural born child in centuries, off to Earth just in time to escape both Zod’s wrath and the planet’s destruction. Zod’s coup is unsuccessful, and he and his followers are sent to the Phantom Zone. 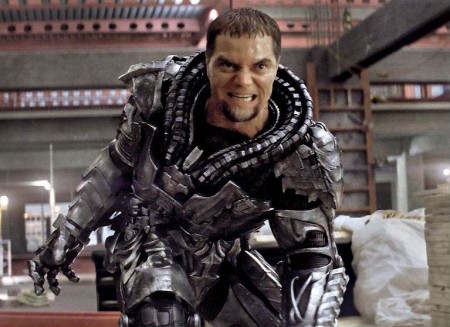 From there, we meet Clark as an adult, struggling to find his place in the world. We get some flashbacks to his youth, where we learn how he dealt with his newfound powers, keeping his secret, and his true origins. Clark finds out that the military have found a Kryptonian ship near the North Pole (though they don’t know what it is), and he learns about Krypton. Lois Lane is also there, investigating the story. After seeing inside the ship and some of Clark’s powers, she goes on a hunt to learn about him. She actually finds out that (spoiler) Clark is this mysterious savior and keeps his secret when she realizes what it means to him. Unfortunately, Clark has to step into the limelight when Zod finds him. From there, we get action scene after action scene of Kryptonians fighting.

Superman is my favorite superhero, so I will try to be as unbiased as possible. However, it’s safe to say that this is best version of Superman ever put on film. The action that was missing in Superman Returns is here in truckloads. The fight sequences between Superman and Zod are impressive in their scope. From the massive destruction caused by the turmoil to the nuances of their powers (like using heat vision to cut a steel beam being swung), Zack Snyder knows how to show off Superman in all his glory. Even the bloated Krypton sequence to start the film looks great. Snyder’s trademark slow-mo fighting is nowhere to be found, and instead we are witnesses to frenetic and raw fighting (remember that Kal-El is not trained to fight) that is almost too much to take in.

Cavill’s performance also helps bring Superman to life. You can feel his pain when he’s struggling to stop a massive laser beam or when he loses someone close to him. Cavill fills out the suit and finds a way to mix masculinity with boyish charm. Amy Adams’ performance contributes to this being probably the best Lois Lane ever on film. She has the tenacity we’ve come to love, but also the femininity needed for her romance with Clark. Unfortunately, the blooming relationship between Lois and Clark doesn’t have much spark in the film, as it’s a bit rushed and scattered too thinly. Shannon’s Zod is much more interesting than the one from Superman II. While he is a maniac, he also has a real motivation that he feels is right. How he tries to achieve his goals might seem a bit outlandish, but at least we know why he is doing it and that he truly cares about his mission. Aside from Kal-El’s two fathers (his Earth one played by Kevin Costner), the rest of the characters are pretty thin. 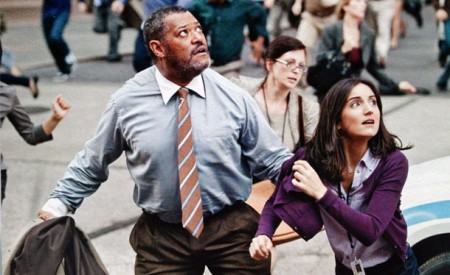 The film’s biggest issue is the story, which is not too surprising for an origin story. While some things are explained in great detail, we are left to infer the answer to other questions. The mythology and themes are set up solidly, but Goyer does hit us over the head with them a bit. Even with all the talk of hope, the tone is a bit grim. I could have used a bit more levity, but I’m glad it’s nowhere near the campiness of all previous versions. The ambiguity of time doesn’t help with the pacing, as it’s unclear how much time takes place between sequences. The narrative ends up being pushed aside anyway for the intense action of the film’s second half.

One of the things that bothered me in the film was the amount of destruction caused by the fighting to Metropolis. Superman should be making some effort to take the fighting out of the city. I get that he’s still green, and we do see moments where it’s clear he truly cares about innocent bystanders, but there had to have been at least hundreds if not thousands of casualties from the climactic battle alone. Also, afterwards, there is no mention of the destruction or lives lost. Did everyone just forget how Metropolis was practically leveled?

It will be interesting to see how killing Zod affects Superman in future films. You can see it pained him to do it, but then we don’t see any consequences or explanation from Superman. The character has always had a no killing rule, so is this a darker version of Supes that is willing to kill if necessary, or will this strengthen his resolve to avoid it?

Also, for those upset at one of the major changes to the mythology, having Lois know Clark is Superman right off the bat makes sense. She’s a smart, award-winning writer, but she can’t see past some glasses? The Lois-Clark-Superman love triangle has been done to death, so I’m glad to move on.

Overall, this may not be the best Superman movie possible, but it’s definitely the best so far. It also sets up a strong base for any sequels or team up movies, which might be the most important thing for Warner Bros. If you’re looking for a film that has plenty of action, but also takes a look at the man inside the suit, then look no further than Man of Steel.

P.S. I forgot to mention that I saw this in 3D. Unless you’re a die hard fan of the technology, don’t bother. THe 3D was barely noticeable throughout the film.