For the past few years, Cartoon Network’s Adult Swim has had a big presence at San Diego Comic-Con both inside and outside the convention center. This year is no different, as the network has a slew of panels and fun events planned. Read all about it in their press release after the break.

Also not to be missed, the Adult Swim Funhouse will be making its official grand opening at San Diego Comic-Con, to the delight and confusion of attendees.  The magic castle will be erected across from the convention center, in the Petco Park parking lot just over the footbridge.  Fans will have a chance to enter the world of Adult Swim and get lost within the 10+ rooms. The multiple paths and room challenges will force guests to crawl, dance, and sing their way to get to the end. Those fans who survive and emerge from the Adult Swim Funhouse will receive free custom live screen printed t-shirts. Free for fans, tickets will be distributed at the Funhouse each day starting at 4:00 p.m. and will be open Thursday, July 18 – Saturday, July 20 from 5:00 p.m. – 10:00 p.m. each night.

Below is a schedule of series panels 2013 Comic-Con International in San Diego, Calif., Thursday, July 18 – Saturday, July 20, 2013.  Panel times and room locations will be announced in the coming weeks.

The Heart, She Holler

The creators and stars of Adult Swim’s epic TV event, The Heart, She Holler, will explain it all at this panel.  Executive producers John Lee (Xavier: Renegade Angel, Wonder Showzen), and Alyson Levy (Xavier: Renegade Angel, Wonder Showzen) will be joined by cast members Patton Oswalt (United States of Tara, Ratatouille), Amy Sedaris (Strangers with Candy) and Heather Lawless (The Campaign). The panel will be moderated by Kristen Schaal (Bob’s Burgers, 30 Rock).

Show creators Jackson Publick and Doc Hammer will discuss the original series, now in its fifth season, and answer fan questions.  They will be joined by the voice of Brock Samson, Patrick Warburton (Seinfeld, The Tick).

Come watch a sneak peek of Childrens Hospital season 5 and hear from the show’s creative team, led by creator and star Rob Corddry (Hot Tub Time Machine, The Daily Show with Jon Stewart), executive producer Jonathan Stern (Burning Love, Newsreaders) and executive producer David Wain (The State, Wanderlust). They will be joined by members of the show’s ensemble cast of comedic heavyweights, including Lake Bell (How to Make It in America), Erinn Hayes (Parenthood), Ken Marino (Party Down, The State) and Rob Huebel (Human Giant, The Descendants).

Premiering this winter, Rick and Morty is a show about a sociopathic scientist who drags his unintelligent grandson on insanely dangerous adventures across the universe. Executive producers Dan Harmon (Community, Channel 101) and Justin Roiland (Channel 101) will preview the new animated series, and will be joined by writer Ryan Ridley and cast members Spencer Grammer (Greek) and voice actress Kari Wahlgren. The panel will be moderated by Rob Schrab (The Mindy Project, SCUD).

Turner Broadcasting System, Inc., a Time Warner company, creates and programs branded news, entertainment, animation and young adult media environments on television and other platforms for consumers around the world. 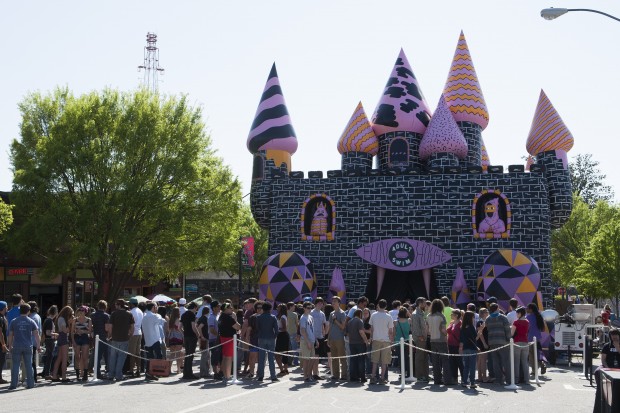