The Mythology of “Catching Fire:” Will It?

Will the odds be ever in “Catching Fire’s” favor? The “Hunger Games” dystopian trilogy captures hearts and imaginations, keeping the world on its tiptoes. As Katniss and Peeta tour the districts of Panem, tensions mount and legends are born. Teasers promise spectacle, drama and turmoil, but will the film deliver? The character development, new director and complex visual undertakings have fans and critics skeptical, but if “Catching Fire” succeeds, it will be the stuff Hollywood myths are made of. 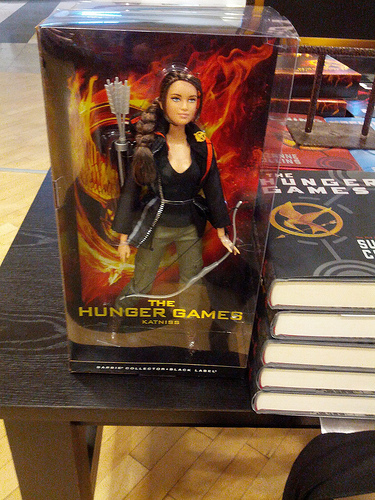 Gary Ross, director of “The Hunger Games” stepped down from directing “Catching Fire” to make room for renowned director Francis Lawrence. Although Ross assured the NY Daily News that the decision was amicable and he simply doesn’t want to be pigeon holed, critics have speculated that the shift may have been due to salary disputes.

Fans, on the other hand, wonder what Lawrence’s presence will bring to the continuity of the new film. Lawrence has certainly proven his directorial chops with films like “Water for Elephants” and “I Am Legend” — both action and character-wise, but will his characters integrate seamlessly in the wake of Ross? Each character must show more dimension and inner turmoil as their on-screen and “arena” selves become further at odds. The district tour should be more than Katniss and Peeta’s dreadful ascension into adulthood; it should show the sociopolitical temperature of a world about to crumble. The dynamic of a country about to fall isn’t an easy thing to portray.

When we left Panem, the seeds of revolution had been planted, and we’ve been waiting with bated breath. The studio released early posters with the ridiculously outfitted Capital citizens. The juxtaposition of the pampered citizens of Panem with the struggling districts is more than meets the eye. The movie isn’t a blockbuster waiting to happen; it’s a metaphor for the inevitable fall of any decadent civilization—and the ultimate grotesqueness of what reality TV can become. It’s the love child of the gladiatorial games and the viral pics that crack you up from “Here Comes Honey Boo Boo.” “Catching Fire” delves into darkest exercises in dehumanization. Yet, the film still has to be palatable for children.

A Sight for Any Eyes

The arena featured in “The Hunger Games” is a simple forest—not too difficult to film. In “Catching Fire,” the arena (spoiler alert—but if you don’t know there’s another game coming, you must live under a rock) requires fantastical feats. The action is more intense and the danger is more real for contestants and civilians alike. A sense of urgency must be present throughout the whole film, similarly to the book, for it to be a smashing success. Unlike “The Twilight Saga,” “The Hunger Games” trilogy has to feature an unwitting heroine with a deeper purpose than frolicking with Robert Pattinson through the woods. “Catching Fire” isn’t an entertaining romp, it’s a modern allegory for a plummeting world. In order for the film to maximize its mythological impact without losing the interest of the masses, Lawrence must rise to the occasion visually, socio-politically, and through character depth.

Editor’s Note: This article was written by guest writer Caroline Davenport. Caroline produced and directed her first film in college. She aspires to be the next Katherine Bigelow, but in the mean time shes very happy writing about films, TV and the entertainment industry.
The Hunger GamesThe Hunger Games: Catching Fire