Earlier today, we gave you a round-up of San Diego Comic-Con news. We didn’t want to overwhelm you, so we decided to split all our little bits into two separate articles. Check out press releases for The Sidekick, Lost Girl, Black Sails, and The Costume Designers Guild after the break.


“THE SIDEKICK” SOARS TO COMIC-CON

LOS ANGELES, CALIFORNIA (July 1, 2013) – “The Sidekick,” a new short from director Michael J. Weithorn (“The King of Queens”, A Little Help) and writer/star Rob Benedict (“Supernatural”, Waiting…), will make its world premiere at this year’s Comic-Con International: San Diego on Thursday, July 18th from 3:00PM – 4:00PM in the Indigo Ballroom of the Hilton San Diego Bayfront.

Weithorn and Benedict will be joined by fellow cast members and Comic-Con regulars: Josh Meyers (Behind the Candelabra), Jordan Peele (Key & Peele), Martin Starr (This Is The End), Richard Speight Jr. (Band of Brothers) and cinematographer Steve Lubensky (Series 7). [Editor’s note: Lizzy Caplan has now been confirmed to attend as well]

“The Sidekick” tells the story of 40-year-old career sidekick, Max McCabe (Benedict), now past his prime in the fast-paced world of superhero-dom. When he is unceremoniously fired by his boss, Captain Wonder, Max has no choice but to somehow find a place for himself in the regular world.

“We knew that Comic-Con had to be our first stop; it is ground zero for the smart and passionate genre fans we had in mind when we created this short film,” said Rob Benedict, star and co-creator of “The Sidekick.” “Also, we already own all these great tights, capes and masks, so it’ll be easy to get dressed.”

“I’ve been in the comedy field for over thirty years, and this is definitely one of my very favorite projects,” said Michael Weithorn, director of “The Sidekick.” “I’m optimistic that the Comic-Con faithful will dig it, and after our premiere in San Diego we’re going to look at adapting it as a cable half-hour or perhaps in a digital format. There are a lot more stories to be told with this character.”

More about “The Sidekick”:

“The Sidekick” is a fresh comedic take on the superhero genre, as well as an allegory about the struggle to find your purpose in life even as you are being… repurposed.

When Max, now pushing 40, grows lazy and indifferent, he is fired and quickly discovers that society has little use for an aging ex-professional buddy. But a cute and quirky school teacher Bailey (Caplan) helps him discover that there may be a place for him in the real world after all.

Autograph session with all actors at the FUNimation/Giant Ape booth #4135. One item may be signed, and posters will be supplied for the session.

Autograph bracelets will be available while supplies last from the FUNimation/Giant Ape booth #4135 on Saturday, July 20 as soon as the exhibit hall opens. An autograph bracelet guarantees only a place in line, and does not necessarily guarantee an autograph. Limit one bracelet per person.

Limited quantities of the Lost Girl Wanderer Tarot Card, as well as character buttons will be available throughout San Diego Comic Con. Attendees can follow Giant Ape Media on Twitter (@GiantApeMedia) for notifications of when these free promotional items are being distributed at the FUNimation/Giant Ape booth #4135.

Faenatics have been waiting a while for this, Lost Girl merchandise will be making its debut at SDCC , a styling shirt featuring our favorite sexy succubus Bo will be for sale at the FUNimation/Giant Ape Booth #4135.

And if you haven’t already picked up Seasons 1 & 2 yet, they will also be available for sale on DVD and Blu-ray as well !! 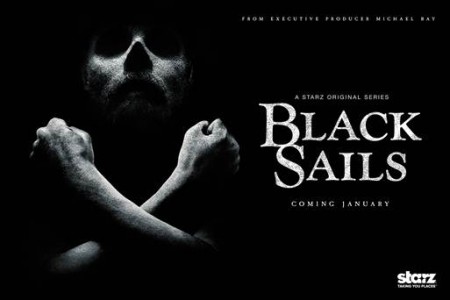 Los Angeles, CA (July 1, 2013)—For the eighth consecutive year, the Costume Designers Guild (IATSE Local 892), the labor union representing Costume Designers and other costume professionals in film and television, will be participating in San Diego’s International Comic-Con July 19-20 at the San Diego Convention Center. This year the CDG’s presence will be bigger than ever with a line-up of events and panels featuring top Costume Designers and Costume Illustrators.

Below is a list of scheduled events and panels:

Today’s top Costume Illustrators from the Costume Designers Guild IATSE Local 892 talk about their latest projects and the changing world of illustration in the digital and 3D age. Q & A to follow.

*After the panel, the Costume Illustrators will be available in the Autograph Hall for meet and greets and to sign autographs.

INDUSTRY MIXER: Sponsored by ABC Studios Costume Department & Western Costume Company, the Costume Designers Guild Comic-Con Committee will be hosting an invitation-only mixer on July 19th at the historic Grand Horton Hotel for panelists, sponsors, entertainment industry professionals, volunteers and all CDG members. Follow us on Facebook and Twitter for a chance to win tickets to this exclusive event.

*After the panel, the Costume Designers will be available in the Autograph Hall for meet and greets and to sign autographs from 6:00 to 7:00pm

HALL COSTUME AWARDS: Once again, our Costume Designers and Costume Illustrators will be walking the halls of Comic-Con looking for interesting and unique home-made costumes. They will be awarding winners with exclusive gift bags and autographed souvenirs. Follow us on Twitter @local892 for specific information, including times and locations.

MASQUERADE BALL: Brought to you by our official Masquerade Ball sponsor Fox Studios Costume Department on Saturday July 20th from 8pm to midnight, top Costume Designers from the Costume Designers Guild IATSE Local 892 will judge and present prizes to their favorite entry for “Outstanding Costume”. Prizes include a custom designed CDG Favorite Entry trophy, a VIP behind the scenes tour on the set of the show Sons of Anarchy followed by lunch, a subscription to ‘Costume Designer’ magazine and a $200 gift certificate from International Silks & Woolens.

Special Thanks to Our 2013 CDG Comic-Con Sponsors: