Warner Bros. and Legendary’s Godzilla remake is looking to be the biggest thing on people’s minds going into and coming out of San Diego Comic-Con. So far it’s working as their viral website and “Godzilla Encounter” experience in San Diego this week have captured the biggest buzz heading into the convention. While it won’t be open to the public until tomorrow, select press have gotten a preview. Get the details and see photos inside after the break.

Legendary took over a warehouse in downtown San Diego to create Godzilla Encounter. Inside is a recreation of the streets of Tokyo in a way to pays homage to the Godzilla legacy. You are directed into an elevator when suddenly Godzilla attacks. It sounds like a lot of fun. Speaking of legacy, this is pretty similar to the Flynn Lives arcade event at the 2010 Comic-Con for Tron: Legacy, in that it’s an immersive experience that puts you into the movie.

You can get a more detailed rundown of the experience from THR, and check out the images below. Godzilla opens in theaters on May 16, 2014. 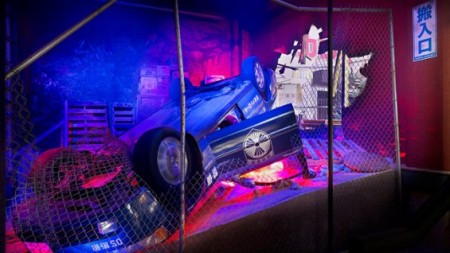 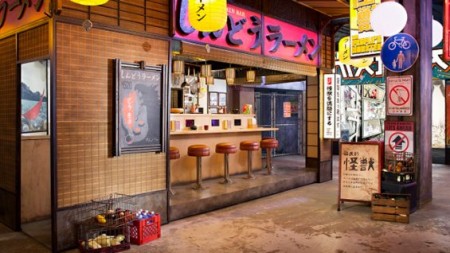 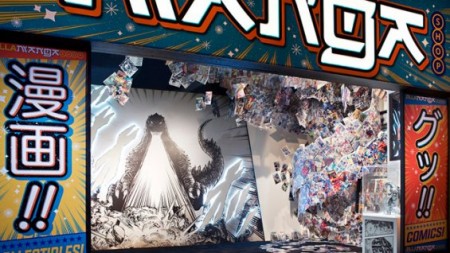 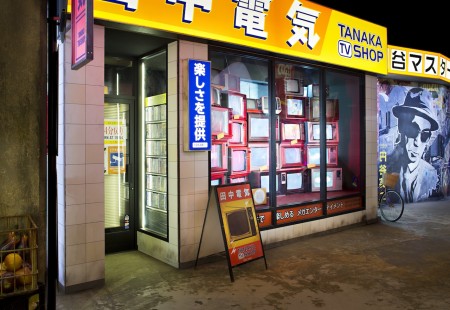