At the end of 2011 film Rise of the Planet of the Apes, we were shown a very brief glimpse of the viral outbreak as it reached across the globe. In preparation for the ensuing epidemic that precedes the upcoming sequel, Dawn of the Planet of the Apes, 20th Century Fox has launched a new viral website for the fictional Office of Public Health Awareness (OPHA). Find out what you can do to help stop the spread of the Simian Flu after the break.

The OPHA has provided a number of helpful tips on best determining who is at risk, what the known symptoms are and even has a global projection of what will happen if the Flu goes unopposed. On top of all the graphs and charts readily available, you can also get updates from the public via their twitter feed and watch the PSA video located below.

Make sure to visit the official OPHA website on the Simian Flu virus at Simianflu.com and catch up on all the latest information. Your life just may depend on it.

By the way, some of this viral marketing hit Comic-Con this past week, as surgical masks were handed out in the Gaslamp district to protect humans from the Simian Flu. We’ll stay on top of this viral campaign as it develops, and read the prequel comic to find out even more about what happens between the films. 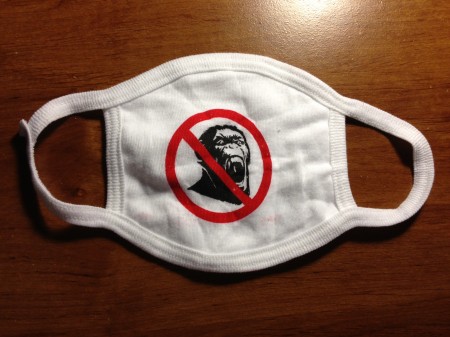 Comic-ConDawn of the Planet of the Apes