With The World’s End coming out at the end of the week and on the heels of the recent release of the interactive script to Shaun of the Dead online, an interactive screenplay to Hot Fuzz, the second film in the “Cornetto Trilogy” of Edgar Wright films, has now been posted on the web as well. After the break, check out  where you can find the script and a few pictures of what to expect from the interactive experience.

Sponsored by AOL Moviefone, this interactive screenplay to Hot Fuzz is similar to the Shaun of the Dead one. You get a good bit of behind the scenes info on the making of the film including some of the pictures from the flip chart method of how Edgar Wright and co-writer Simon Pegg map out story and character elements. For instance, here’s one page from the Hot Fuzz storytelling flipchart that shows background information on Pegg’s main character, Nicholas Angel. 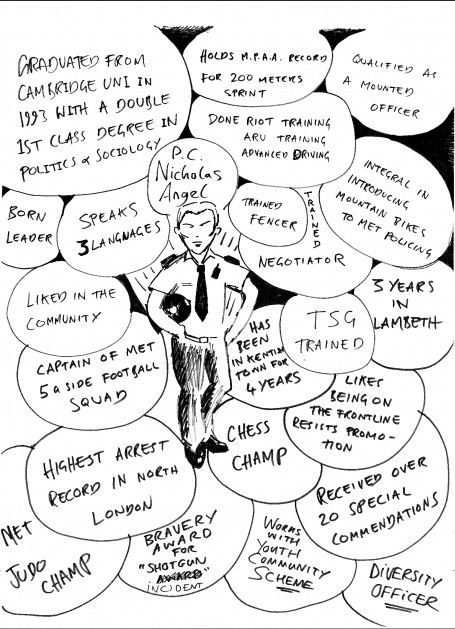 There’s also a few trivia tidbits from the film including this one which notes that a famous New Zealand director had a cameo as St. Nick in one scene. 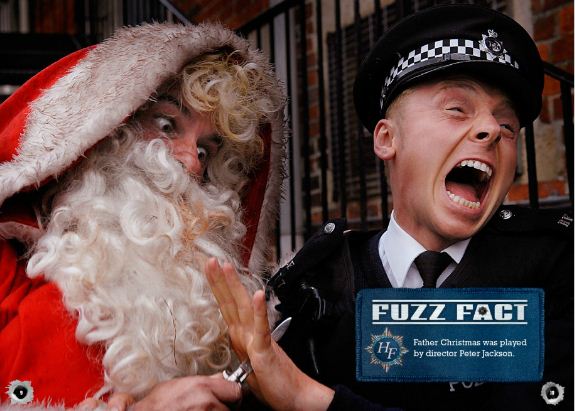 You can check out the full interactive screenplay for Hot Fuzz  here and if you haven’t checked out the interactive one for Shaun of the Dead, you can check that one out here.

The World’s End hits theaters on August 23rd, but if you’re a huge fan of the earlier two films of the Cornetto Trilogy, there are select theaters that are showing all three as a triple feature on the 22nd. The Focus Features website has a full list of those theaters.