Participate In A Seance, Locate Ghosts, Or Enter The Further Using These “Insidious Chapter 2” Doorways

One of the most frightening films from 2010 is about to hopefully claim that honor once again for 2013 with its upcoming sequel, Insidious Chapter 2. After coming face to face with numerous demonic entities and taking a trip through the spiritual underworld, called The Further, the Lambert family is ready for some peace and quiet, but fate seems to have other plans for them. Learn how to help them, and yourself, expel these insidious demons after the break.

When you first arrive at the official website for the Insidious sequel, you are presented with three doorways, each leading to a different content and in turn, a different experience.

The blue door will lead you into the Lambert household. When looking for spirits or other apparitions, it is easier to find them using different visual filters of which you are given three to cycle through in your search for the paranormal. If you are lucky enough to spot one of those pesky specters, you will be treated to a special clip from the upcoming sequel.

The red door takes you into The Further itself. Here you can view numerous clips from the film, as well as photo galleries and extensive bios for the film’s cast and crew members. 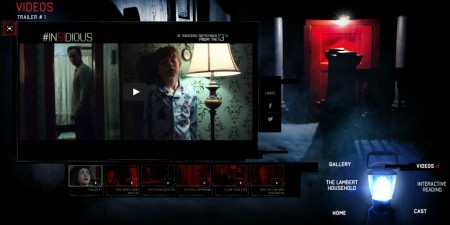 The green door will then introduce you to a medium who wants to help you discover what these malevolent spirits want. Using your Facebook info, a webcam and a virtual set of dice, together you will try to unlock the mystery behind the haunting of the Lamberts in this virtual seance, but at what cost? 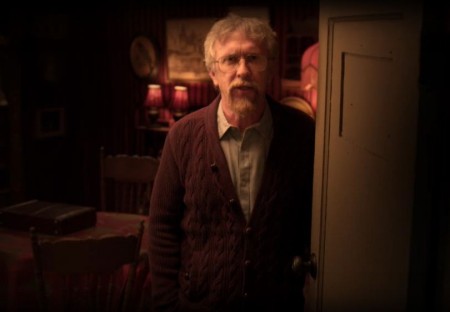