The marketing people behind Machete Kills, the sequel to Robert Rodriquez’s 2010 hit Machete, decided to make a trip out to Atlanta this year for the popular multi-genre convention, Dragon Con. They set up a booth in one of the busiest hotels of the con, the Atlanta Marriott Marquis hotel. What exactly did they do to market the film Machete Kills to con-goers? Find out after the jump.

For several days of Dragon Con, a group of people set up a Machete Kills booth from morning to afternoon near the entrance to one of the Marriott’s big panel rooms. Along with marketing materials and a television screen playing the trailer for the film, the booth also had a huge prize wheel, where you could spin to win all kinds of Machete Kills movie swag such as t-shirts and movie posters. Here’s what the prize wheel looked like: 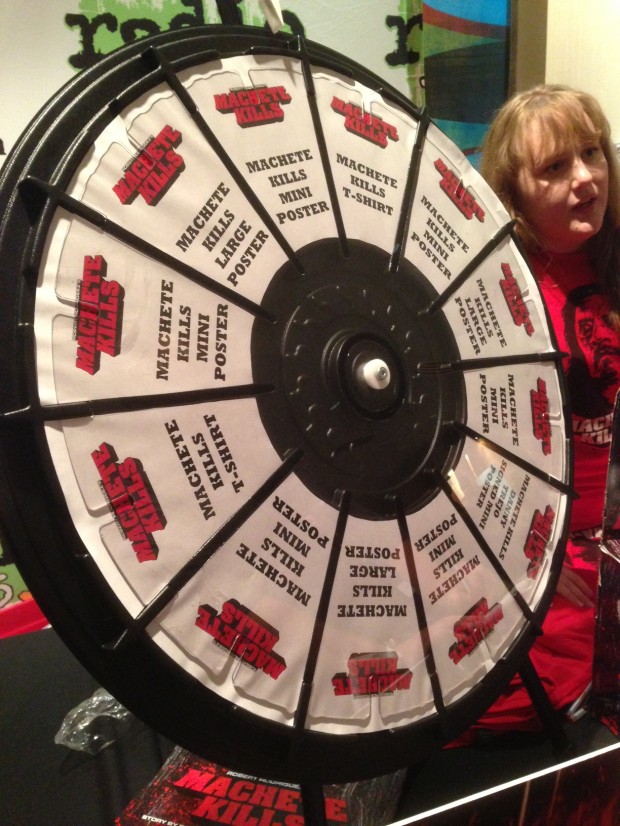 In order to be able to spin the wheel, you’d have to complete specific social media tasks using your Facebook and Twitter accounts. Basically, you’d first have to “Like” the Machete Kills Facebook page as well as follow its Twitter acount. Then, you’d have to mention the Machete Kills Twitter name along with the hashtag “#MacheteKillsDragonCon” in a tweet. Their instruction signage from their table is featured below: 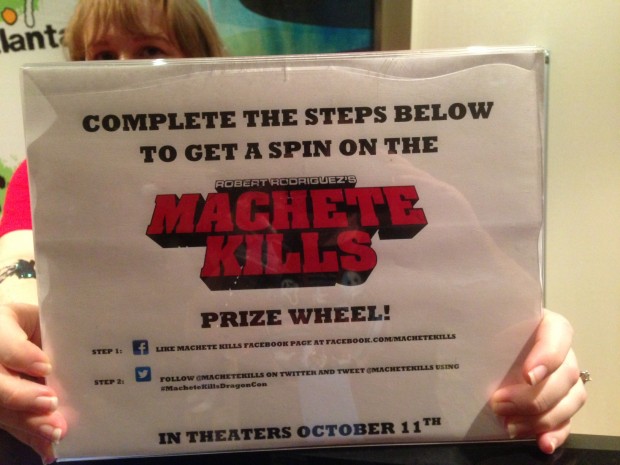 Once they verified your tweet, you could spin the prize wheel. I spinned the wheel and was lucky enough to win a Machete Kills t-shirt. Of course, for those who didn’t feel like jumping through all those social media hoops to get a prize, you could fill out a sheet of paper with your email address and be entered into a drawing to possibly win some free swag. On top of that, they also had a lady from Fancy’s Face and Body Art who would give you a free airbrushed Machete Kills tattoo based on several designs. Here’s the selection of free tattoos they offered: 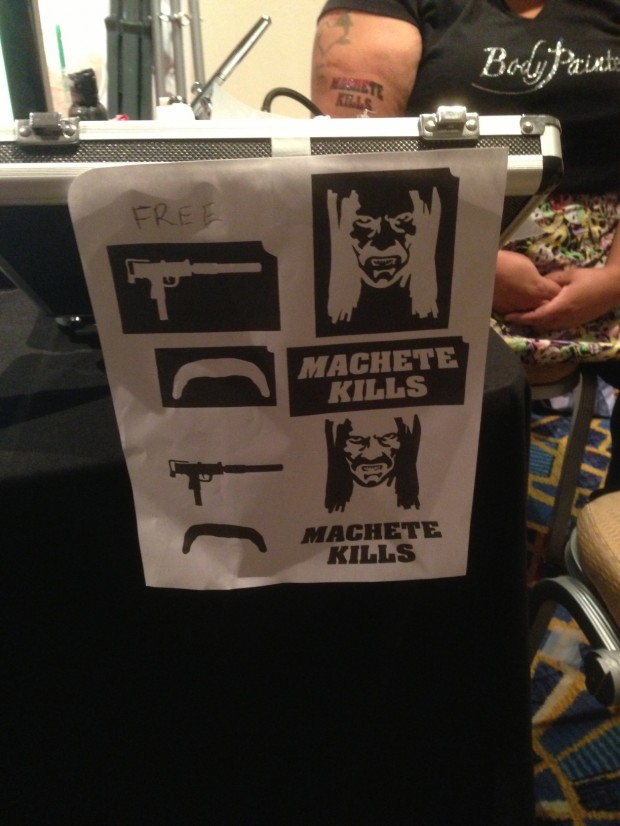 And here’s the one I picked out: 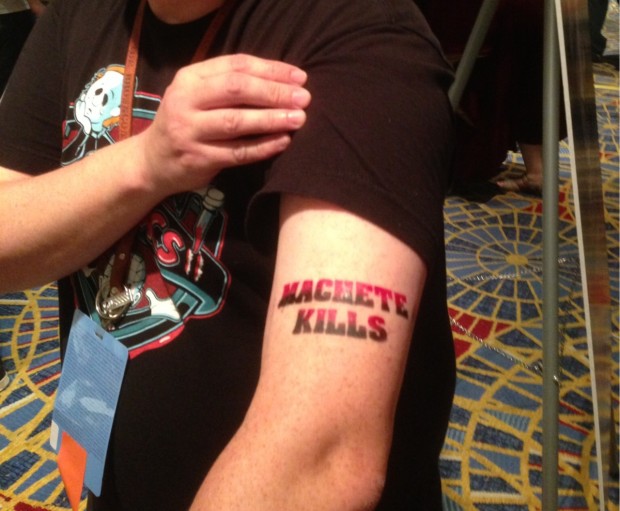 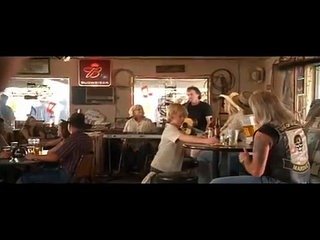