Trailers Weekly is a feature in which we bring you the most popular and talked about trailers of the week. Sharing trailers is a classic viral practice, and trailers are still the most mainstream way for people to learn about movies. We’ve got trailers from Secret Life of Walter Mitty, 47 Ronin, Charlie Countryman, and American Hustle hit the jump to see them all.


47 Ronin
In Keanu Reeves‘ first major lead roles since The Matrix Trilogy, the actor plays a rogue samurai who joins another group of samurais to avenge their fallen master. The CGI effects still look shoddy, but the feel of the trailer from the music to the way it was edited gives us slight hope that some good can come out of this. The film also stars Hiroyuki Sanada, Kou Shibasaki, Tadanobu Asano and Rinko Kikuchi. Directed Carl Rinsch, and written by Chris Morgan and Hossein Amini, 47 Ronin opens in theaters on December 25.

Charlie Countryman
Shia LaBeouf stars in this convential comedy about a young man who flies off to Europe. There he meets and falls in love with a European woman (Evan Rachel Wood) whose husband (Mads Mikkelson) has some serious attachment issues. Attachement issues that can be deadly for anyone. The film also stars Rupert Grint, Millennium Entertainment releases Fredrik Bond‘s Charlie Countryman November 15th.


American Hustle
Christian Bale and Bradley Cooper, star in this based on a true story heist of a con-man (Bale) who gets drawn into an investigation conducted by an undercover FBI agent (Cooper). This trailer is more character focused than the previous one as it gives us a look at each of their motivations. The film also stars Amy Adams, Jennifer Lawrence, and Jeremy Renner. American Hustle is directed by David O’ Russell and who co-wrote the script with Eric Singer. Columbia Pictures will release American Hustle into theaters on December 13. 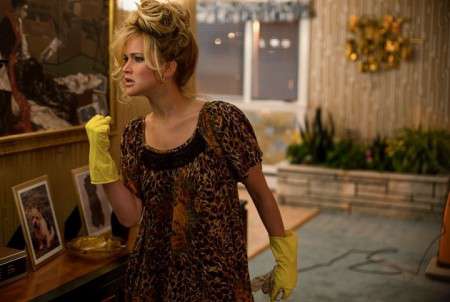