“X-Men: Days Of Future Past” Viral Marketing Attempts To Prove Magneto Was Involved In JFK Assassination

No major event in U.S. history is without its conspiracy theories. There are false flag operations, wars, the Presidency itself, even the one about the New World Order. But one conspiracy that has plenty of evidence but hasn’t been proven is the theory that the bullet that killed President John F. Kennedy had a bent trajectory.

In what could be perceived as one of the most offensive viral marketing schemes, a new website for the X-Men: Days Of Future Past marketing campaign has been launched. TheBentBullet.com has just been launched, just days after we remembered the president being killed in Dallas, Texas on November 22, 1963. It attempts to stir up the conspiracy that a mutant bent the bullet’s trajectory, ensuring that the target was killed. That mutant is none other than Magneto. Hit the jump to find out more.

The site is designed to look like a conspiracy site. The opening page attempts to prove that mutants were actually involved in the assassination. The site’s journals and video claim to have irrefutable proof that not only are there mutants among us and the government is attempting to hide them, but that they killed JFK. Here are some snippets from that journal.

The eyes of John F. Kennedy’s killer are not unkind. It’s a peculiar, if quiet, revelation to make here, in his company. The killer resides in a federal correctional facility — a classified location that’s at least a quarter-mile underground, and presumably miles from anywhere important. The facility is constructed from concrete amalgams and transparent materials so secret and durable, they don’t even have a name. In the event of a global nuclear holocaust, a government contractor once said, only two things will survive: “the cockroaches and that guy.”

He was called “The most dangerous man in the world” by President Lyndon B. Johnson, five decades ago.

His eyes are blue. His face is slender, deeply lined, made longer still by a natural frown. Still, he appears younger than most men his age. He’s presumed to be 80 years old.

The following will be semi-spoilerish as there are connections established between this viral and X-Men: First Class.

When Kennedy took office in 1961, the civil rights movement had captured national attention and political allies … and powerful enemies, especially in the South. The X-Gene and mutants were not yet a part of the public consciousness, though they would soon become so, due in large part to Lehnsherr’s activities.

Edwin Partridge was a former U.S. Army Major General who had close relations with radical right-wing groups. He was an outspoken critic of Kennedy, an anti-Communist and a staunch segregationist.

Despite having resigned from the Army in 1961, Partridge’s ties to the military remained strong. According to 1963 investigations by CIA task force Project: WideAwake, Partridge likely obtained “actionable evidence” from his contacts, confirming mutant involvement in the Cuban Missile Crisis. This material likely included amateur photos and 8mm footage shot from the deck of the USS Fiske.

Partridge soon alluded to mutants in his Dallas speeches.

“I’m calling for a national protest against the conspiracy from within,” Partridge proclaimed during a rally in January 1963. “We are a nation in dire peril, facing calamities on all sides. Communism. Our anti-Christ, anti-prayer Supreme Court. Others. And now, I hear whispers about a new threat: abominations among us, more dangerous than any nuclear weapon.”

Partridge’s death incensed his supporters. This contributed to what Christopher S. Byrne, a retired Dallas Herald crime reporter, calls a “perfect storm of anti-Kennedy and unwitting anti-mutant sentiment” that saturated Dallas throughout that summer.

Indeed, mutant historians now call 1963 America’s “Summer of Hate.” Several mutants across the country were killed that year, including two members of Lehnsherr’s Brotherhood of Mutants. Azazel and Tempest were slain by Project: WideAwake operatives in July. Records state the mutant duo ambushed the operatives.

Whether or not this means that we will see Azazel in Days Of Future Past is still unknown. The film will take place in two different time periods, so there is a possibility that we could see Azazel and Tempest die in Project: WideAwake. Let’s just hope they’ll be able to give Mystique and Azazel’s relationship to grow (for those precious few minutes in the film) as NightCrawler was in X2.

No conspiracy theory site is without trying to stir up controversy by asking questions no one else will ask. Questions like this from the site:

Who manipulated Oswald? If not Lehnsherr, then what man put him up there in the Book Depository? Why did Lehnsherr want to kill the president in the first place? Was it because Kennedy created Project: WideAwake, the CIA force that killed Brotherhood of Mutants members Azazel and Tempest earlier that year?

The small video on the site isn’t as comprehensive or detailed as the journal. It’s more of a gag to get you into TheBentBullet.com website. 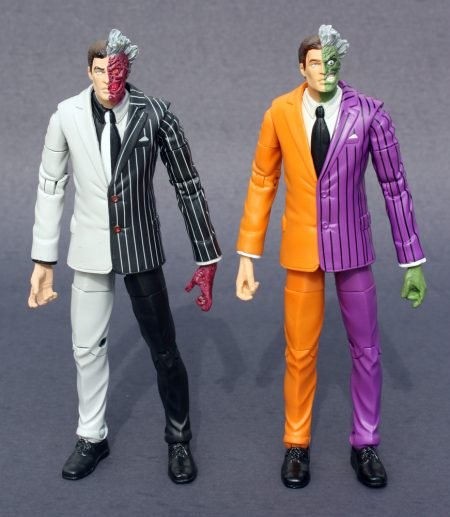