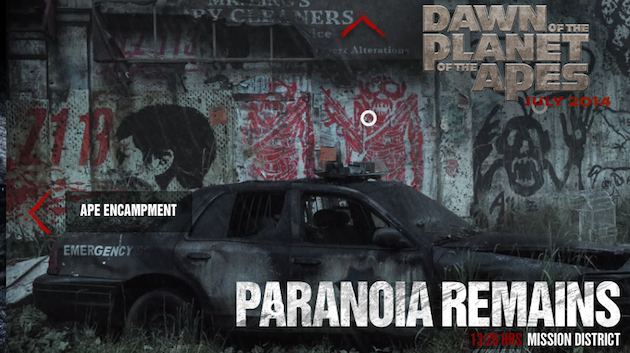 A slick new web site promoting Dawn of the Planet of the Apes has kicked the sequel’s marketing into high-gear. The site takes you through different rain-soaked levels of human and ape locations, describing some of the struggles and showing a few character elements. Hit the jump to see more.

The site is consists of a number of hotspots that link you to different locations such as the ape encampment, an ape dwelling, and the human cdc compound. Through all this, animated elements and sound effects plus clickable locations describe the locations of the chosen group. Together, the site gives a gloomy look at a world that has been been greatly affected by ape activity. My guess is that this will be expanded quite a bit before the upcoming July release of Dawn of the Planet of the Apes. 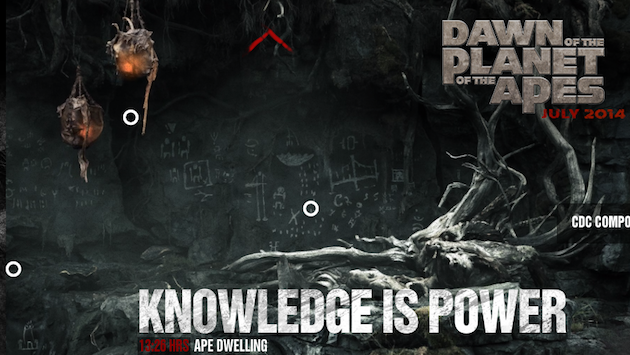