When I saw 300 eight years ago, I was just a passive bystander of geekery, but I loved that movie for it’s stylized and badass ways. I didn’t really have a way to articulate how cool I thought 300 was back then. Now, I have a few more tools available with which to geek out, and a sequel (of sorts) called 300: Rise of an Empire to review. Hit the jump to see if Rise is as good as its predecessor.

To mark the occasion, I also decided to revisit the original 300 by Zack Snyder a few days ago. I remember being excited to see what Snyder was cooking up at the time. Seeing the great stylistic visuals and distinctive colours again helped me remember what I loved about it the first time. The bad ass group of characters straight out of a graphic novel was just perfect at the time. And, the unflinching R rated gore had me wanting to see more of this fascinating universe.

This time around, the 300 lead by Leonidas have fallen. Greek general Themistokles leads the charge against invading Persian forces led by mortal-turned-god Xerxes and Artemisia, vengeful commander of the Persian navy. This is isn’t technically a sequel, nor is it really a prequel. This is more of a side-quel. We see Themistokles fight before, and after Leonidas and his men fall at the Hot Gates. This requires that we see Leonidas in death and even a scene where it seems like archive footage of him and the 300. It’s a great way to take the previous story and make the universe larger.

The standout here is Eva Green. Green is all that I had hoped for when I saw her character in the trailer. In her face is the anger and vengeance against Greece, but still a defiance and longing to be back. Eva Green creates a character that is real, menacing , lethal and sexy all at once. Her performance is wonderful to watch; And, quite possibly one of the main reasons you’ll want to see this. You might be surprised that between two enemies, there is a love story (of sorts). Eva Green and Sullivan Stapleton play these scenes so well, that they’re dangerous and sexy all at once. The guards that overhear what’s happening provide some levity to a movie that is mostly bereft of it.

I haven’t really seen Sullivan Stapleton in anything before Rise of an Empire; and I can say that he carries himself well here as the troubled yet noble Greek fighting for freedom. Freedom is a universal ideal that we can all intensify with, and Stapleton plays that well. This could have easily been overdone with grand speeches, but Stapleton makes us feel that Themistokles acts with a heavy burden. He doesn’t have the kind of charisma that Gerard Butler had, but still holds his own.

I expected that Xerxes would have a much larger role in the proceedings. Here, he’s limited to a small (but important) part as the sun of a Persian king who is killed by Themistokles. Xerxes appeared much more menacing in the original 300, and much less so here. One of the core parts of the story of the Spartan 300, is the treatment handed to them after being killed by the Persians. I expected more of that to play out. Still, Xerxes did get to show Leonidas’ severed head to a falling Athens.

If you remember the end of 300, Sparton Dilios stood leading a larger army of presumably Greeks and Spartans. That scene doesn’t seem to play here, but David Wenham is back in a smaller role. Instead of him, the voicever is handled by Lena Headey who played Queen Gorgo in both movies. Also returning in an important role is Andrew Tiernan, who plays the hunchback Ephialtes. I still see him and think John Leguizamo is under that makeup.

The fighting is great here too. You still get to see many of the tricks found in 300 like slow motion kills, blood effects, body parts flying. Though, in many respects, this all feels like an upgrade. I saw this in 3D, and I can say that the experience is quite immersive. The blood effects are perhaps way overboard, but you get a feeling that this red tide is a real and distinct part of battle. This is an unapologetic and hard R. Limbs are lost, heads come off and are carried around. Mercy is offered to almost no one – and it shows. The person sitting to my right was noticeably squeamish with some of the onscreen blood.

So, we have a movie that geeks have been asking for. A slick, unapologetically hard R that doesn’t turn away from showing us the goods. The question remains, will geeks be out to support this? I liked it. I enjoyed how the world was expanded and the stakes were higher. If happens, I would be happy to see the next chapter of 300. Let’s call it 300: Dawn Of Democratic Squabbling. 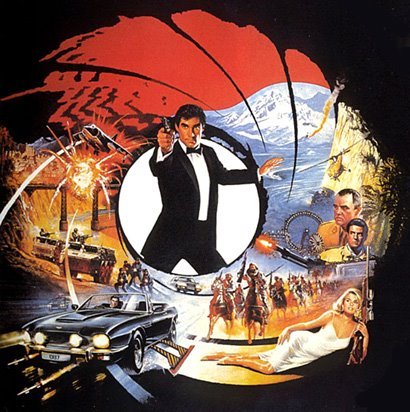