“Godzilla” Viral Site Exposes The Truth On The Scaly Beast

M.U.T.O Research, the viral site promoting Gareth Edwards, has gone literally under the radar since the last few trailer launches, but it seems now is good of a time for the Legendary Pictures, in conjunction with Warner Bros, to reawaken the beast as they have given the site a huge update.

When we last reported on MUTO, the site was designed to be some sort of conspiracy website aimed at exposing the truth about the major sinkholes that were appearing in China. The purpose was to let the world know that these were not sinkholes created by the earth itself, but created by something monstrous.

So what has M.U.T.O become in the last few hours? Hit the jump to see what changes have been made.

The site is keeping to the theme of exposing secrets and shedding light on the truth that is being kept from us. Network grids, and electronic port statuses are just some of the things you will see on the site. However clicking on the file browser option is a different story.

There you will find five different files, two of which are unlocked. The Ford Brody (Aaron Taylor-Johnson) and Elle Brody (Elizabeth Olsen) files have been unlocked for your viewing pleasure. Clicking on one of the names will expose a plethora of classified information from images and redacted films to audio surveillance and psychological paperwork.

The audio recording that can be found on the Ford Brody file seems to indicate that MUTO has been spying on Ford and Elle for quite some time. It’s unclear how long these two have been under surveillance, but based on the other files and photos, they seem to think or know that these two are some how tied to Godzilla or the mess it is creating.

Here is just some info on Ford’s file: 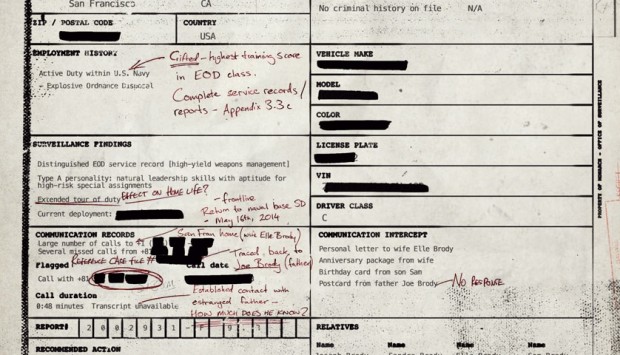 And here is what we know of Elle: 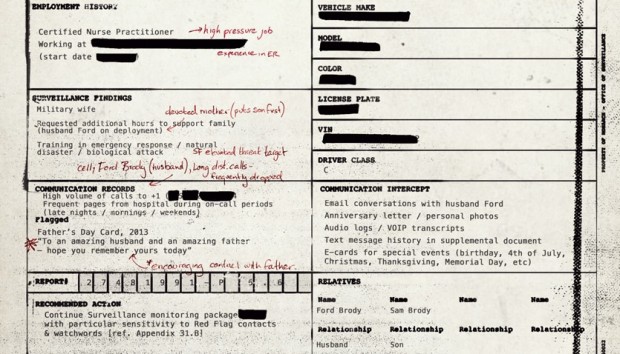 The video archive section is something that should be of interest since they have been flying under our radar since December 2013. These five short blurry clips are mere bits and pieces of the trailer that was released a while back, but are hard to make out or tell who is talking. The sixth is just of the trailer.

While we try to piece together everything, it should be noted that Joe Brody is (Bryan Cranston) is Ford’s father. His character is vital to the story has he is the nuclear physicist trying to figure out what happened when a Japanese Power Planet went nuclear in 1999. So is this site some how connected to him? Is he running it? Or is the person/persons running the site believe what Joe has to say? We are still a few months away from the release of Godzilla, but it should be interesting to see how this all plays out.

Godzilla opens in theaters on May 16.