“Sharknado 2: The Second One” Offers Fans To Create A Scene With New Indiegogo Project

Whether or not you liked (or even seen) Sharknado, the TV Movie has become a cult smash hit. The ratings were so good that SyFy quickly commissioned a sequel appropriately titled Sharknado 2: The Second One. Now those who are a fan of the film or just have enough money to get into the filmmaking gig can be a part of the experience by creating a scene for the film, which they will get credit for, if they are willing to pony up $50,000. Hit the jump to learn more.

The Asylum, the studio which produced the first one as well as the second one, is behind this IndieGoGo project. The campaign will run through May 30, with contributors able to earn will get some Sharknado 2 swag and an exclusive window on production, from behind-the-scenes footage to breaking news and advance DVD copies if they aren’t willing to donate $50,000. The strangest thing about this project is that it is already a fully funded project that is looking for more money from the public. Sure, credit for overseeing a scene is a nice incentive, but to put it as an IndieGoGo incentive is somewhat questionable. That prize might be better suited for Omaze.

Regardless, the crowdsourcing project is up and running. There are also opportunities to get a paid trip to the premiere party, plus an associate producer credit. It should be interesting to see what sort of scene does get added, if someone decides to spend that sort of money. 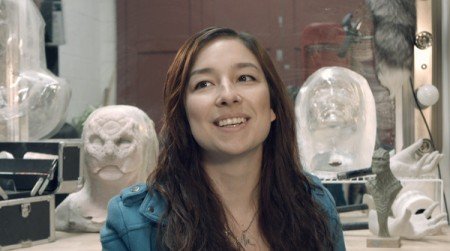 Kevin Smith Biopic Could Happen If You Help Crowdfunding Project

Kevin Smith Biopic Could Happen If You Help Crowdfunding Project